Would it hurt industry to engage more with critics?

Clashes with environmental or consumer campaign groups have been a feature of the chemicals industry since its beginning. They are an integral part of a democratic society’s ability to hold its industries to account. 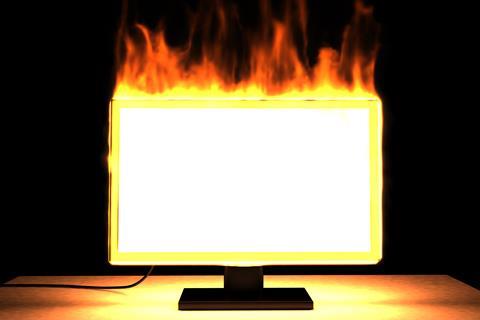 Fire safety in electronics is a clear safety concern. However, that shouldn’t stop us having reasonable discussions about how such protection is achieved, and the associated risks

At one end of the spectrum, such activism has uncovered clear cases of pollution and illegal activity, with serious consequences. At the other are misinformed campaigns that could justifiably be categorised as nuisance, or even nonsense, but yet still have the potential to affect companies’ operations if they garner sufficient popular influence.

Most examples lie somewhere in the middle. Given the complexity of disentangling the effects of individual chemicals in the chaotic and uncontrolled environment of real life, it’s easy to see how disputes arise.

Perhaps it is the history of conflict that has led both sides to become firmly entrenched. With a few notable exceptions, the rules of engagement now demand almost automatic dismissal and distrust of anything the other party says, and an unwillingness to engage in meaningful efforts to resolve the issues. This is seldom helped by campaign groups relying on highly emotive and aggresive language, playing on consumers’ fears; nor by industry representatives deflecting or belittling campaigns.

Take, for example, a recent report from the US group Safer Chemicals, Healthy Families, entitled ‘Toxic TV Binge’. This examined six models of television set, and found that the casings contain certain non-polymeric halogenated flame retardants. These compounds are banned in several US states and the EU, and there are alternatives available that are deemed less problematic. The report also cites research demonstrating viable exposure routes to these compounds from electronics via household dust (although it’s not entirely clear what the real risk related to that exposure hazard is).

Unfortunately, in response, the American Chemistry Council (ACC) and North American Flame Retardant Alliance do not address these specific claims, instead asserting that Safer Chemicals, Healthy Familes is ‘attacking the use of all flame retardants’, which seems like erecting a straw man. Half of the response is dedicated to justifying the existence of all flame retardants (a clear safety concern, but not the one being questioned).

This is followed by an assurance that ‘when used properly, consumers need not worry about exposure’. Sadly, even if true, such statements are rarely reassuring when they come from a source that will automatically be interpreted as protecting its own interests. When asked for clarification, the ACC reiterated its original arguments, emphasising that the diverse nature of flame retardant chemistry means it’s not appropriate to apply broad conclusions. This feels like a cop-out. While it’s true that a more tailored response would take significantly more effort, and might still fall on deaf ears, is it worth it to at least try and bridge the divide?