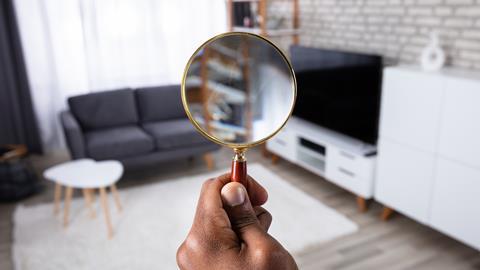 Partnering with the public

Thanks to £1.46 million in funding from UK Research and Innovation (UKRI), five major new projects are set to engage members of the public in research on topics as diverse as mental health and microplastics.

Ben Williams is a research fellow within the Air Quality Management Resource Centre at University of the West of England Bristol (UWE), and leads the HOME Co-Lab project, which has been funded by UKRI to investigate the presence of airborne microplastics in people’s homes.

Citizen scientists involved in measuring quantities of these tiny particles of plastic will set up passive samplers in different rooms in their homes. Every fortnight, they’ll attach clip-on microscopes to their phones, take zoomed-in photographs of the particles in each sampler and then upload them to the project platform for analysis. Collected samples will be sent back to UWE for identification using Raman spectroscopy to determine the types of plastic and other particles that are present.

Without members of the public taking part in the research, data collection from the homes of participants would be impractical, but there are also other motivating factors for Williams. ‘I think citizen science is incredibly important,’ he says. ‘People put a lot of faith in the outcome of science and a lot of trust in what we say as scientists. And I think it’s really important that we can bring people into the process.’

The team is committed to co-creating the project with the citizen scientists so that they can be involved in every aspect of the science from method testing and sample collection, through to data analysis. ‘We can build the framework, but the citizens are the scientist here,’ says Williams.

This citizen-led approach is integral to each of the funded projects, ensuring that members of the public work with researchers to explore the research questions that are most important to their families and communities.

‘We wanted to support projects that were nearer to co-production and co-development,’ says Steve Scott, public engagement lead at UKRI. The funding call aimed to identify projects that were ‘responding to the needs and values of society’, particularly those that sought to engage groups of people that don’t often have opportunities to engage in research and innovation.

Mike Slade, professor of mental health recovery and social inclusion at the University of Nottingham, leads another of the funded projects. The Citizen Science To Achieve CoProduction at Scale (C-Stacs) team will apply citizen science approaches to mental health.

The C-Stacs researchers are hoping to develop new approaches that will help to transform the UK mental health system. Importantly, their project will involve people with lived experience of mental health issues, rather than just the perspectives of academics and clinicians.

‘We think that there is an untapped powerhouse of knowledge about innovation and transformation from the lives of people actually affected by these issues,’ says Slade. ‘What we’re hoping is that by going out and asking huge numbers of people who live with mental health issues what would help them to live better, we’ll have a new resource of information to inform change to the mental health system.’

UKRI views citizen science as a powerful way to increase engagement with science. ‘It’s making that work with the public integrated into the process of research, so it’s not that kind of bolt on optional extra, but actually something that you need as part of how you do the research,’ says Scott.

Scott is also aware of the different types of outcomes or measure of success for these projects. ‘When we think about what good quality, excellent research looks like, it’s not just about the high-end journal publication but also other elements around research that are valued and important,’ he says. ‘That’s what excellent research looks like. It’s about being engaged research, it’s about involving the public in that process, and rather than seeing the public as separate from the research system, they’re an integral part of that system and an important part of how research is done.’