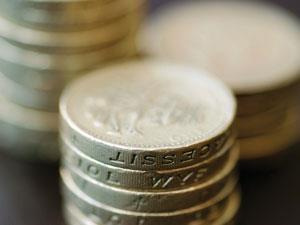 Recently I discovered a £1 coin which was slightly more golden than others, and a more detailed examination showed a minting date of 1990 and a Scottish reverse. A report of these facts to the Royal Mint confirmed that this was a counterfeit coin. Despite the above information, and certain other minute details, this was clearly a match for a true £1 coin and had escaped the attention of previous recipients. Having sent the coin to the Mint, I have now been informed that x-ray fluorescence (XRF) spectrometry showed it to be made of leaded brass rather than the usual alloy.

Ed. Recent surveys have shown that as many as 3% of all UK £1 coins are indeed counterfeit, though the number has fallen slightly in the last year or so.As a result, there have been several calls for the Royal Mint to scrap the entire denomination and reissue it. Genuine £1 coins consist of an alloy of approximately 70% copper, 5.5% nickel and 24.5% zinc. XRF analysis remains the favoured technique for the analysis of coins both ancient and modern.