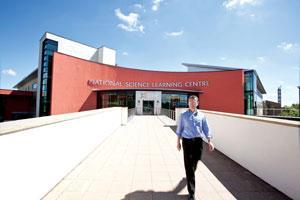 First mooted in the Labour party election manifesto in 2001, a new network of science learning centres is to be established across the country. Recently, the White Rose consortium of York, Leeds, Sheffield and Sheffield Hallam universities won a bid to host the National Science Learning Centre in York. The director of the centre is John Holman, Salter professor of chemical education at the University of York.

In 2014, John Holman, founding director of the National Science Learning Centre, received the Royal Society of Chemistry’s Lord Lewis Prize in recognition of his extensive influence over chemistry education policy, and appeared on the Science Council’s list of the UK’s 100 leading practising scientists.