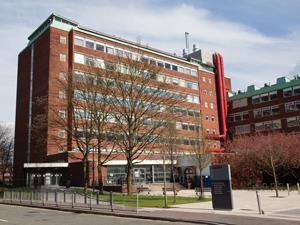 The recent union of UMIST and the Victoria University of Manchester to form the University of Manchester has given rise to one of the largest chemistry departments in the UK, supporting around 60 researchers, over 200 postgraduates, over 600 undergraduates, 6000m2 of refurbished lab space and a two-year £13 million building project to include a suite of brand new teaching labs.

The new School of Chemistry is home to several research centres with extensive industry and research council support, including the British Nuclear Fuels (BNFL) centre for radiochemistry and the recently opened Organic Materials Innovation Centre. In the 2001 RAE, the last before the two universities joined forces, the Victoria University of Manchester scored five in chemistry, while UMIST scored four.