The Society is pleased to announce that the first Sir Edward Frankland fellowship has been awarded to David Cole-Hamilton of the University of Liverpool. 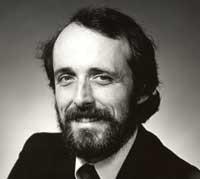 After graduating from Edinburgh University, David studied for his PhD under the direction of T A Stephenson at the same university, followed by four years at Imperial College London, working for Sir Geoffrey Wilkinson. In 1978 he was appointed to a lecturership in inorganic chemistry at Liverpool University and was promoted to senior lecturer in 1983.

Dr Cole-Hamilton’s research interests relate to organometallic chemistry and homogeneous catalysis. Among his current areas of research is the use of nucleophilic platinum metal complexes in the photochemical or thermal catalytic production of hydrogen from water, alcohols and related substrates.

Ed. David Cole-Hamilton is currently Irvine Professor of Chemistry at EaStCHEM (The Edinburgh and St Andrews School of Chemistry).

The Sir Edward Frankland Fellowship has continued to be awarded every two years to a chemist working in the UK under the age of 36 for the encouragement of research in organometallic chemistry or the coordination chemistry of transition metals. The latest 2008/2009 award was given to another chemist from the same part of the country - Polly Arnold of the University of Edinburgh, for her development of new chemistry of the f-elements, especially with carbene ligands.