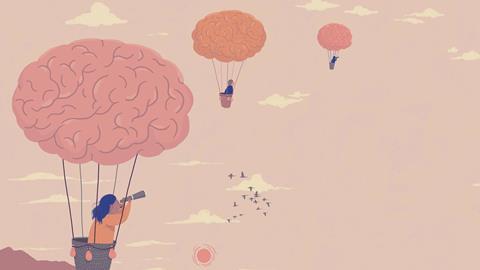 What happens when an extraordinary, scarcely believable, claim is made? You’d expect checking, then re-checking, refining experiments and re-testing. With the result confirmed, only then is it ready to be released to the scientific community. Something that must be, at times, a daunting experience.

That’s the situation a team from South Korea finds itself in. We’ve been tracking this story since 2020, when the team first released hard-to-believe results that some chemical reactions turn their reactants in nano-rockets – they diffuse faster than via Brownian motion alone. Indeed, the team members themselves didn’t believe in the effect when they first heard about it in fluorescently-labelled enzymes. But, given the potential importance of such an effect, they took a look and found to their surprise that they could observe the effect in certain, simpler chemical reactions.

With such an apparently counter-intuitive result the South Korean team secured a paper in a prestigious journal – and the resultant attention that came with that. What followed was the essence of scientific inquiry. Others repeated the experiments and published opposing responses, which were followed by counter-responses. An intriguing result was allowed to take flight and with it we were forced to think about the limitations of a technique, how those might be overcome and how to better probe an intriguing idea.

This all brings us back to the recent discussion: when is an idea ready for publication? It seemed this idea was ready to fly, as care was taken to demonstrate the effect was real and to eliminate possible sources of error. After all, such a result – if proven – would change how we think about how chemical reactions proceed so it deserved a hearing.

But, ideas can be tricky beasts. They can take on a life of their own and become hard to pin down. Gathering and interpreting the evidence and counter-evidence for extraordinary claims means it can take a long time for scientists to reach a consensus. This is still ongoing in the case of enhanced diffusion. Other ideas like the vibrational theory of smell – that quantum effects are responsible for our ability to sense odours – appear presently pickled in aspic. With contentious ideas the killer experiment to end (practically) all doubt one way or another can be hard to find. This doesn’t mean we should eschew high-flying ideas – they can be highly stimulating. But bringing them back down to earth is the purpose of the scientific method. After all, extraordinary claims require extraordinary evidence.