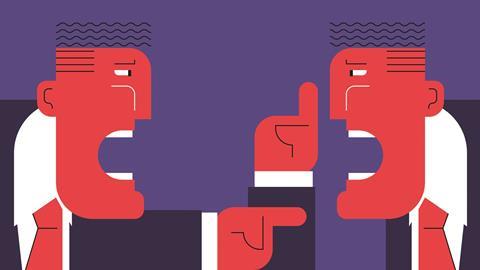 For the sake of argument

With all the wrangling about scientific topics in politics and the popular media these days, what I’m about to say may sound slightly crazy, but here it is: one of the things that I like most about science is that it actually can settle arguments.

True, it certainly can’t settle every argument, and it can certainly take its time to settle any particular one that you might be waiting on. And just looking at the state of the debates around climate change, the side effects of vaccines, the desirability of genetically-modified organisms, the intersection of diet with human disease (and so on and so on), you might easily get the impression that scientific research is incapable of settling much at all. But let’s take things in smaller pieces first.

My own belief is that such arguments often devolve into fights about categories, as much as into fights about data and evidence. Broadly, I put arguable topics into four large bins: matters of fact, matters of mere opinion, matters of factual/expert opinion, and matters that are as yet unknowable. Examples of the first category would be: ‘Is the earth a flat disc, or more like a ball?’ or ‘Are there lethal levels of botulinum toxin in this can of tomatoes?’. These things can be answered beyond doubt with techniques we have in hand. The second category reduces to beer-drinking arguments about who is the best athlete of all time in a given sport, or the best novel written in some country or period, etc. These are (likely as not) aesthetic judgments, matters of taste, and are as unresolvable as arguments about favorite foods: de gustibus non disputandum est.

The next category (expert opinion) is a roomy one, where there’s room for dispute but where there are also general principles that will eventually resolve the question. Most scientific problems are in this zone, and many others besides. And the last heading takes us off into philosophy and religion, as well as more small-scale examples about, say, what’s inside a featureless box that neither party in the dispute has ever seen or opened. These are questions that are simply cannot be resolved by argument, no matter how prolonged. That’s as opposed to the matter-of-mere-opinion category, where every party may be able to resolve things to their own satisfaction, but not necessarily to anyone else’s!

Disputes about any individual question, then, can deal with the individual details of the case, or they can deal with disagreements about which category the whole argument belongs in from the start. Is this contention a fact, a matter of (mere) opinion, or something that we’ll never know at all? It’s in the interest of an arguing party to maintain that their own position is a settled fact, inexplicably not recognised as such by certain other troglodytes, while asserting that the contentions of said troglodytes are on the level of asking whose dog is smiling more broadly. But even once both parties agree that a question is answerable, and that the search for such an answer can be aided by expert opinion, it becomes a battle of ‘whose experts’.

While this all can be disheartening, I can still cheer up by thinking back to (of all things) failed drug projects. Those are not normally comforting memories, but in this case, they really do help. One of the first things I worked on after taking a job in drug research was a project aiming to show that a particular kind of dopamine receptor ligand would be helpful to patients with schizophrenia. That disorder has been a terrible reef against which hypotheses are wrecked, and this one was no different: our compound made it to Phase II clinical trials, but alas, the participants’ symptoms were just as severe after the treatment as they had been before. The project was a failure.

But not entirely! After all, we settled that question. The compound was an excellent one, and it truly put that hypothesis to the test. Afterwards, it was no longer tenable to believe that this class of compound would be helpful to treat schizophrenia under these conditions, because ours most certainly was not. That theory had to be thrown out or greatly revised, and the same thing is happening to theories every day when someone runs a definitive experiment. That’s because there are such things as definitive experiments – or at least there are when we set them up with enough thought and care. We should treasure them, and the answers that they provide, even when they’re not the ones we want.