How chefs scale up dishes without sacrificing taste 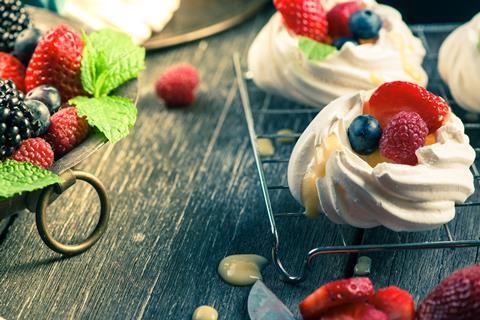 One of my first jobs in a kitchen was as a cook at a catering company. Our workload was highly variable – we would shift from an intimate dinner for 10 one night to a wedding for 250 the next. The chef was talented, but his approach was far from scientific. Nearly everything was made to taste, favouring pinches over grams, and yet he never seemed to have problems with the massive, abrupt swings in scale from night to night. In hindsight, I think that his acute palate freed him from blindly following the often non-linear maths of banquet-sized preparations. For those of us who don’t have 30 years’ experience as a chef, understanding how recipes can fail at scale gives us a head start on fixing them.

The simplest types of recipes to scale up are dishes that call for homogenous distribution of ingredients, such as sauces, soups and doughs. It shouldn’t matter if you are making a litre of tomato soup or enough to fill a swimming pool, if one part out of every hundred is sodium chloride.

These types of dishes go wrong when we run into problems with distribution. When starches clump and reactive ingredients like baking soda begin degrading upon first contact with food, all assumptions of homogeneity go out the window. Even relatively inert, nimble solutes like sodium and chloride fall prey to these complications if not given significant agitation in larger batches; many recipes specify a limited amount of mixing so as not to overwork interconnected protein networks in batters and doughs, or rupture starch granules in whipped potatoes and houmous.

The best technique for combatting these hurdles is pre-dispersion – for example using a blender to suspend thickeners and seasonings in a small amount of water before folding into a massive pot of sauce. Even finicky baking soda benefits from a head start on dispersion from being sifted with the other dry ingredients. There is no such thing as pre-dispersion of heat, however: the best solution to scaling a batch of bubbling toffee is to stir as quickly as possible to ensure that the sides of a large pot don’t scorch while the interior remains pale.

Homogeneous mixtures may be straightforward to troubleshoot at scale, but with geometry-specific dishes, even a couple of extra guests at the dinner table can wreak havoc on a recipe. A few millilitres of oil makes sense for sautéing a couple of pieces of chicken, but when two pieces become 20, the actual amount of oil required will likely increase by a much smaller factor.

The broad range of dimensions for different cooking vessels compounds this problem further. A braised leg of lamb recipe that normally leaves part of the meat exposed to the dry, Maillard-inducing heat of the oven may suffer if adapted to a deep stockpot that leaves the leg completely submerged. With a few tweaks and adjustments, most of these geometric conundrums can be solved, but there are some hurdles that cannot be overcome as a consequence of basic physics. Just as gravity places a cap on the potential height of our tallest mountains, the lack of structural integrity at the centre of a cake or soufflé means that increasing batch sizes is best accomplished by making multiple small portions rather than tempting fate with ultra-wide surface areas.

Recipes are maps intended to get us to a desired destination, but as scale increases, so does the potential for unforeseen bumps in the road. Flexibility is key when navigating those variables, so until some brilliant team of engineers comes up with an app with algorithms to model all of the non-linear changes of scaled recipes, the best tools for cooking for a crowd are a tasting spoon and time to tinker. 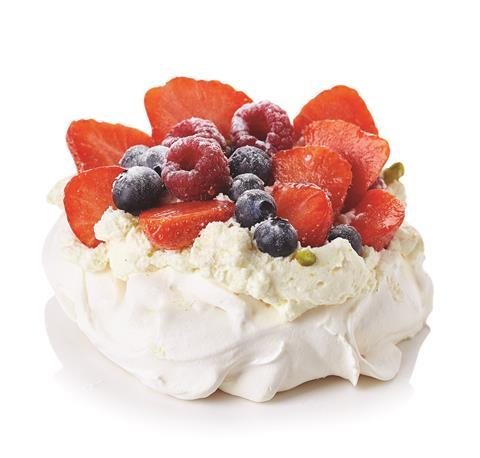 I rarely try to scale ultra-precise recipes when cooking for a crowd. Instead, I like to go for dishes that are flexible and allow for improvisation. Pavlova is basically a slow-cooked meringue that becomes crispy on the outside while remaining creamy on the interior. Sound like a fine line to walk? Fear not – this one gets cracked in the middle on purpose to allow room for plenty of crème fraiche and seasonal fruit. This recipe makes enough for six people, but it can be adapted for 600 if need be.

• Vanilla, bourbon, cloves, or any other seasoning of your choice 1g

1) Combine egg whites, salt and tartaric acid in a stand mixer and beat on medium speed until soft peaks begin to form

2) Turn up to high speed and gradually add sugar in a slow stream. Continue until the mixture becomes shiny and sticky, forming peaks similar to marshmallow fluff

3) Turn off the mixer, stir in cornstarch and other seasonings

4) Scoop mixture onto a greased, parchment-lined baking sheet in a shallow, wide mound. Bake in a 120°C oven for about 70 minutes until the outside is crisp but still pale

5) Remove from oven, allow to cool, and top generously with anything from crème fraiche and jam to dulce de leche and fresh fruit