Once a key issue in US politics, solar, wind and corn ethanol subsidies have been victims of their own success 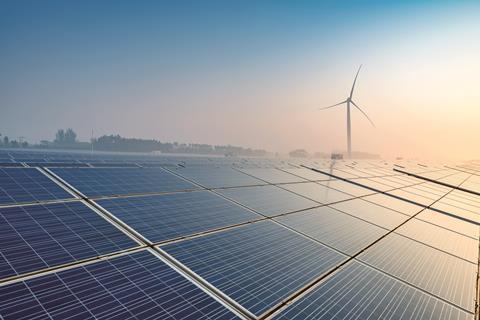 The first decade of the 21st century was characterised by strong bipartisan support for renewable energy subsidies in the US. In 2005, the Energy Policy Act[1] was passed by Congress in response to growing concerns over the country’s reliance on foreign hydrocarbons, especially petroleum. By March 2013, federal renewable energy subsidies, often in the form of tax credits, topped $7.3 billion (£5.7 billion) – 45% of all energy tax subsidies.

Yet despite an increased focus globally on green energies and curbing of carbon emissions, enthusiasm for these subsidies has waned. Once a major political issue, now both Democrats and Republicans are silent on the issue. What happened?

The 2005 legislation aimed to improve domestic energy security among both electricity and transportation fuels, laying the groundwork for today’s rapidly-growing renewable energy sectors. The act added further federal tax credits to the list of incentives, with solar power joining credits for wind power and biofuels, as well as mandating minimum volumes for renewable fuel use in transport fuels. Notably, bipartisan majorities voted for the legislation in both the Senate and the House of Representatives before it was signed into law by President George W Bush, a Republican.

Enthusiasm for renewable energy grew and the combination of high petroleum prices, government standards and biofuel incentives caused biofuels production to rapidly exceed targets. In 2007, the Energy Independence and Security Act (EISA)[2] led to more ambitious mandate volumes for multiple types of biofuels that were in turn tied to greenhouse gas emission reduction thresholds. This legislation also passed through Congress with bipartisan majorities before being signed by President Bush.

This year represented the high-water mark in terms of bipartisan support for renewable energy subsidies, although signs of the coming shift were already present when EISA was passed. The previous year had seen Democratic majorities enter both bodies of Congress, and the strong Republican support for the Energy Policy Act of 2005 was replaced by a substantial number of votes against the 2007 legislation. Opposition increased as fiscal austerity gained political support across the developed world in the aftermath of the financial crisis.

Renewable energy subsidies quickly came under attack and only the renewable fuels volumes survived intact. A corn ethanol subsidy, VEETC, was allowed to expire at the end of 2011 after Congress opted not to renew it. A wind power credit, PTC, will lose 60% of its value by 2019 under legislation passed at the end of 2015. The same legislation will reduce yet another subsidy, solar power’s ITC, from 30% of the system’s cost today to 10% in 2022 for commercial systems. Residential credit will be completely phased out over the same timeframe.

Multiple factors have contributed to this shift in legislative support at the national level. The Republican Party’s efforts to reduce the federal budget deficit following the 2010 midterm elections clashed with subsidies that many legislators viewed as corporate welfare for politically favoured ‘green’ companies.

This debate coincided with the growing politicisation of climate change. Gallup polls show that the percentage of self-identified Democrats agreeing with the statement that the seriousness of global warming is ‘generally exaggerated’ rose slightly from 16% in 2005 to 18% in 2014.[3] However, the percentage of self-identified Republicans and independents agreeing increased from 51% to 68% and 25% to 45%, respectively, over the same period. Growing climate change scepticism has made it more difficult for politicians to justify subsidies for renewable energy companies.

Yet the primary explanation for today’s relative lack of support is that subsidies have become redundant. The rapid growth of renewable energy capacity in the US has produced large cost reductions via learning and economies of scale. Unsubsidised wind, solar, and first-generation biofuels are now all competitive with fossil fuels in regions with plentiful resource availability (such as wind and biofuels in the midwest, or solar in the southwest).[4] Production mandates at the state and federal levels ensure steady availability, even during periods of low fossil fuel prices. Once necessary to spur investment, subsidies are now accused of generating windfall profits for renewable energy producers.