I’ve been thinking recently about the psychology of research: both the sort of personalities that go into it and what the effects are of pursuing it. Those are probably tied together inextricably, since when we look at scientists themselves we’re seeing the effects of survivorship bias. The sorts of people who don’t like this sort of work don’t go into it in the first place, or don’t stay with it when they do. 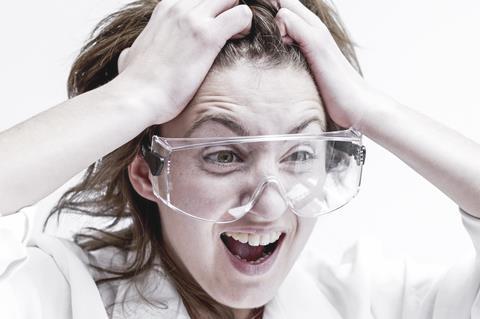 Some people learn to deal with the inevitable failure of experiments. Others don’t.

That latter category includes some (but not all) of the people who start out in the lab but find themselves (later in their careers) doing more administrative work or moving into other parts of an organisation entirely. There are indeed administrators with a scientific mindset, people promoted out of the lab. Some of them, truth be told, might rather be back at the bench themselves rather than sitting through budget meetings and performance appraisals. Similarly there are people in sales and other such departments who gradually found themselves shifting into these roles, or who took them out of necessity. But diving into marketing (for example) at the first possible opportunity might indicate a realisation that research was not the right idea from the start.

I say this because, to me, there are several habits of mind and ways of looking at the world that distinguish the ‘science end’ of a company from the ‘business end’. One of those is an ability, or even a positive willingness, to be surprised. Our experiments do all sorts of things, and resilience in the face of that is critical to succeeding in research. It’s not that you don’t have to be resilient in business – far from it. But running a business often means watching out for uncertainties, insuring against them, minimising them and trying to keep them from happening at all – not running towards them at top speed and diving in! It’s not only the unexpectedness of science, though. In some ways, it’s the expectation that most things are not going to work. In drug research, watching your best ideas get shot down over and over by cells in a dish or mice in cages is something that you have to get used to, and not everyone does.

No matter how personable and persuasive you might be, you cannot convince the universe to do what you think it should do. Reality relentlessly gets the last word

Another habit of mind is a love for data and a willingness to be convinced by it. In the lab, questions such as: ‘Do we have any evidence for that?’ or: ‘Why do you think that’s right?’ are a lot more neutral-sounding than they are on the pavement outside the building. Many are the scientists and engineers who’ve discovered this at a party or over the dinner table! And that’s because we’ve trained ourselves to value evidence and reasoning as the most valuable currency we have. Questions get settled in research – not as often as we’d like, but they do – by experimental evidence and our interpretation of it. Everyone has their own opinions, but at some point opinions stop and facts start in.

And that brings up the biggest gap between the scientists and some of the other departments. Not to put it too harshly, but despite our occasional otherworldly demeanors, we are dealing with the naked stuff of reality. An experiment, run well, either works or it doesn’t. No amount of positive mental attitude or training courses will alter that. It’s not because you didn’t want it enough, or because you weren’t friends with the right people; the results are what they are. No matter how personable and persuasive you might be, you cannot convince the universe to do what you think it should do. Reality relentlessly gets the last word.

So, since we can’t stand over our reactions telling them that they’d better shape up by the end of the quarter, we have to deal with what we have. That, to me, is the brightest of all dividing lines. Being right down there where that famous buck stops, with nowhere else to go, gives you a perspective like no other. If you like it enough, there’s nothing else that will do.