Indian science at the crossroads 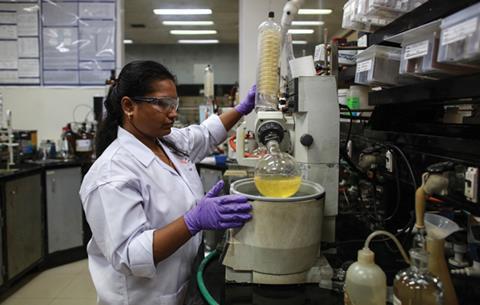 The world revolves around century-spanning economic cycles, and India – 50 to 60 years after independence – has opened up its economy to the world, coinciding with dwindling consumer demand in the west. India’s economic growth, owing to a growing middle class and increasing industrial output, has provided an enormous opportunity for western industries.

Political decisions about investment in scientific research are driven by economics, not necessarily by future needs for technology and innovation. So investment in Indian science has soared along with the number of active researchers in India. These ‘new’ scientists come from the higher educational institutions that emerged over the last decade. This is a welcome change for India, a country graduating from ‘developing’ to become an ‘emerging economy’.

As India is gearing up to become a ‘developed’ country, it is not so difficult to appreciate that India will become a major international player in times to come. This creates opportunities for solving global problems through international collaborations in research programmes, which naturally brings foreign attention.

In any developing country or ‘low income’ economy, higher education and research investments are generally considered to be a social responsibility. In turn, science managers and leadership have considered it their responsibility to maintain the quality of research and the educational status quo within the constraints of funding and bureaucracy.

In such a system, individual excellence – through self-motivation – was considered as a bonus, but there were also scientists who contributed to the literature with very little motivation to compete internationally. As the economy grew and more funding became available, a renewed interest in accelerating Indian science to international level emerged.

Along with this came the realisation that there were insufficient universities for young school leavers, leading to the mushrooming of new institutions with world-class infrastructure, such as the new Indian Institutes of Technology (IITs) and Indian Institutes of Science Education and Research (IISERs). The average age of faculties at premier institutions has also decreased, due to retirement and the recruitment of new, younger scientists.

There are many challenges to science in an emerging economy: developing infrastructure; changing the mindset of managers and researchers; and adapting to the aspirations and expectations of young scientists. As funding for research increases, infrastructure has been upgraded to international standards in many of the premier institutions. But many universities still need significant improvement.

The mindset of science managers is still evolving to adapt to the new challenges. When I was setting up a femtosecond Raman laboratory and seeking advice from a senior leader in science, the response was: ‘Why do you need to set up something so complicated? Why not continue to work on what you are doing and publish more papers?’ Regular publication was deemed sufficient to recognise and reward  performance. This mindset, valuing the status quo over delivering improvements in research quality, has plagued Indian science over the last decade.

In modern, high paced research, the evaluation of scientific quality can depend more on the evaluator than the candidate. Choosing the right leaders and evaluators is therefore an important component for the growth of science. There is an urgent need for managers to become more sensitive to the importance of innovation and international competitiveness to enable scientifically challenging, high-risk research projects. In an emerging economy, we need management that takes out-of-the-box approaches, encourages young faculty and motivates the successful stars of the institution.

The new generation of scientists is not only ambitious and hard working, but also confident about India’s future and ready to compete internationally. These researchers need dynamic and perceptive leadership with no compromise in the quality of scientific output.

At present, many research groups have just five or six PhD students and a few project assistants. Most PhD students are encouraged to go abroad for further training to broaden their knowledge and outlook before they return to India. To make a mark in a given research field, the time has come to provide opportunity for larger, creative research groups with sufficient manpower and funding. We should expect very ambitious, high-risk and world-leading research from our premier institutions.

Investment in science and technology research in India remains around 0.8% of GDP, despite calls from scientists to increase this to around 2%. Such a move could catapult India into the international scene and make Indian science a force to be reckoned with.

Science in India needs two things: first to bring the existing university system to international emerging economy standards; and second for its premier institutions to deliver innovation and technology that is internationally competitive. With this approach, I’ve no doubt that the next decade will see Indian scientific research and technology move into the international league.

S Umapathy is a professor in the department of inorganic and physical chemistry at the Indian Institute of Science, Bangalore