By setting aside regions for joined-up investment plans, India hopes to become a significant player in the global petrochemical market. Rajesh Parishwad investigates

In 2007, India launched a major policy initiative to develop Petroleum, Chemicals and Petrochemical Investment Regions (PCPIRs) as a petrochemical hub in South Asia. It was aimed at attracting massive investments in these industries totalling around $100 billion (£66 billion).

Fast forward to 2015, when five PCPIRs have been approved across the country, with a couple more in the pipeline. These are ambitious and risky projects: some were announced as far back as 2005 and have failed to take off. Industry, policy makers and both centre and state governments – who rarely agree on policies – have, surprisingly, unanimously endorsed the concept. But they admit that there has been a failure in translating policy into action. 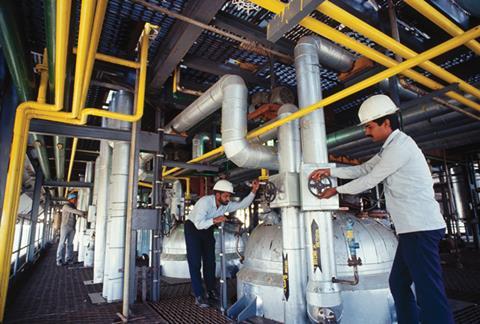 ‘Barring one set up in Gujarat, PCPIRs have not taken off,’ says D P Mishra, director of Development Consultants. ‘There has not been any focused approach by the government, nor a continuation in leadership. For example, the ministry of chemicals and fertilisers, which coordinates PCPIRs, has seen seven different chemical secretaries since the policy was launched.’

Less than 10% of the proposed investments in PCPIRs have been realised, with a lone one located at Dahej, Gujarat, accounting for a major chunk of investment. But Mishra points out that this investment would have happened irrespective of the PCPIRs policy.

PCPIRs are designated investment regions spread over at least 250km2 for setting up manufacturing facilities for domestic consumption and exports in petroleum, chemicals and petrochemicals. Each PCPIR will have a refinery and/or a cracker as petrochemical feedstock company to serve as anchor tenant. The basic idea was that the anchor would provide feedstock to downstream companies who would set up their units in the PCPIR.

The Indian petrochemical and chemical market is estimated to be around $144 billion – the third largest in Asia. The chemical industry is likely to touch $190 billion by the financial year 2017–18 on account of an estimated increase in demand for chemicals from various sectors, according to Tata Strategic Management Group’s report titled Spurting the growth of the Indian chemical industry.

The concept of PCPIRs was proposed to former prime minister Manmohan Singh by a group of non-resident Indians in December 2005. It was modelled on petrochemical complexes located in Singapore, China, Thailand and Germany, and it was envisioned that each PCPIR would contribute $50 billion to the country’s economy over a period of 15–20 years.

The states or local governments where PCPIRs will be located are responsible for providing utilities such as power, water and sewage connections, and the Indian central government is responsible for external physical infrastructure such as transport links and telecommunication facilities. The Indian government promised around $5 billion investment for development of PCPIRs when the policy was announced.

So far, PCPIRs have been approved at five locations in the states of Gujarat, Andhra Pradesh, Tamil Nadu, Orissa and Karnataka. Meanwhile, PCPIRs are being planned in Madhya Pradesh and other regions.

Spread over 453km2, Dahej PCPIR led by ONGC Petro additions (OPaL), a joint venture between the Oil and Natural Gas Corporation (ONGC) and Gujarat State Petroleum Corporation (GSPC), has attracted investments over $10 billion from domestic and international companies such as BASF. ONGC has set up a multi-feed cracker unit of 1.1 million tonnes/year capacity.

A senior industry executive employed with the country’s largest petroleum company observes, ‘the concept is good but our reliance on government to deliver everything at PCPIRs has been a major stumbling block. The industry needs to contribute to develop these regions like in Germany, the Netherlands and Singapore.’

PCPIRs hit an unexpected roadblock soon after their announcement – the downturn in the global economy in 2008 impacted development through lack of investment. All PCPIRs are anchored by government-owned oil companies, and these giants were bleeding due to the high global gas prices that they were subsidising in local markets.

However, Mishra, also former director general of the Indian Chemical Council – a chemical industry organisation based in Mumbai, begs to differ. ‘Money was not the issue. All oil companies, despite being in the red during the high oil prices, have deep pockets and continue to invest in refineries and cracker units. For example, Indian oil companies such as Bharat Petroleum, Indian Oil Corporation and others have investment plans up to $10–12 billion at any given point of time.’

When it happens, India will become an important player in the global petrochemical market

Mishra sees the bigger problems as lack of commitment, proper planning, and a deeper focus coming from the previous government. ‘PCPIRs have not taken care of fundamentals. They lacked conceptual documentation and feasibility studies.’ One other necessary approach is ensuring that the anchors function as a feeder unit for downstream industries rather than using feedstock themselves.

For instance, OPAL at Dahej is producing olefins which it is using as feedstock for downstream manufacture. Indian Oil at Paradip will refine ethylene and propylene, which it will use for downstream chemicals and polymers.

Infrastructure is another big issue facing the investment clusters. When complete, the PCPIR in Vishakapatnam is likely to face power and water shortages, as it would require at least 4800MW of power when fully operational. According to the Environmental Impact Assessment (EIA) report, just 313MW is available for industrial purposes. Similarly, the proposed PCPIR needs 3.7 billion litres of water per day, vastly exceeding the present water supply of 707 million.

In May 2014, the Bharatiya Janata Party-led prime minister Narendra Modi came to power with a pro-business agenda, and is courting the industry and international investment community. India’s minister for chemicals and fertilisers H N Ananth Kumar has set up a steering committee to expedite development of PCPIRs involving industry, local government and other ministries.

Kumar believes that the chemical and petrochemical industry can be a game-changer for the Indian economy. Until now, India has been refining crude oil primarily for energy requirements, but the emphasis will now be on deriving more value from fuel sources by cracking materials for downstream industries. ‘In future there will not be refineries for fuel purposes only. We will aim to increase feedstock for downstream industries by three times. When it happens, India will become an important player in the global petrochemical market.’

Spurting the growth of the Indian chemical industry, October 2014; http://bit.ly/1AYeuSU