What has rhetoric ever done for us, asks Philip Ball

This much I have learnt: using irony in a scientific article is just asking for trouble. No, seriously.

What’s so ‘amazing’ about quantum teleportation, I wrote recently, is that ‘the quantum “information” is “sent” instantaneously — faster than light’. Referring to this as the ‘common view’, and applying a rather too liberal sprinkling of scare quotes, I’d hoped to signal that I was lampooning the breathless headlines this contestably named phenomenon tends to elicit. But no, I was ticked off by one reader for ‘repeating’ the very misconceptions behind them.

I’m genuinely in two minds here. Given that many readers of such pieces don’t have English as their first language, perhaps it is asking too much that their irony-detectors be tuned to the right frequency. But then, even scientists who are native English speakers sometimes display such low levels of rhetorical literacy that I fear for the health of nuance and style. 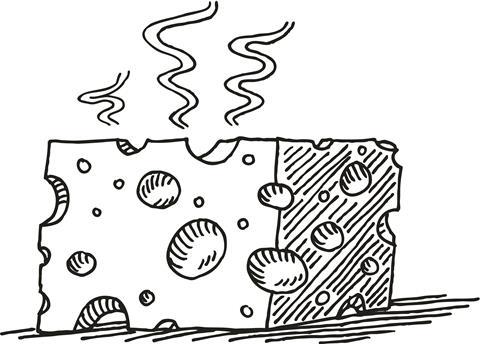 Some might argue that science writing should say what it means as plainly as possible, without any fancy literate tricks. Which, of course, need not mean resorting to the desiccated prose that typifies the primary literature. George Orwell famously championed – and exemplified – a kind of muscular literary plainness that achieved a style of its own. After all, are we not simply trying to impart information?

Well, perhaps, if you’re writing for Chemical Communications. But as Yellowlees Douglas explains in The reader’s brain, rhetorical literary devices (such as that last question) often help the brain process and retain information. In writing no less than in speaking, occasionally giving the audience something to do keeps them engaged. Shakespeare knew that.

It might mean cracking a joke, or making an allusion just ambitious enough to flatter those who catch it and intrigue those who don’t. I relish what J B S Haldane (a master of Orwell’s elegantly plain-speaking style) had to say on that, apropos an ‘article on cheese’ in his essay ‘How to write a popular science article’: ‘If you are writing for a highbrow journal you may quote the passages on cheese from Euripides’ Cyclops, if for a lowbrow journal, any of the jokes about the smell of cheese.’ Which of these is appropriate for Chemistry World I hesitate to say.*

In the end it’s about ambition. Writing is like cooking – you have to do it sometimes, so why not do it well? Scientists are often reluctant to do so, almost as if the urge were embarrassing. As biologist and writer Adam Ruben wrote in the (ironically titled) essay ‘How to write like a scientist’: ‘Many scientists see writing as a means to an end, the packing peanuts necessary to cushion the data they want to disperse to the world. They hate crafting sentences as much as they hate, say, metaphors about packing peanuts.’

There is, indeed, a positive aversion to scientific writing with ambition. Roald Hoffmann has for years been smuggling literary invention into chemistry journals in the face of stiff opposition. There aren’t many chemistry papers that include sentences like these: ‘Almost every compound in our bodies … is subject to combustion with oxygen. We can burn, and not just with passion.’

The passion (yes) with which such flourishes are often rejected speaks of a sense that they desecrate the sacred blandness of the literature. ‘You can bet that it rouses some reviewers!’ Hoffmann says. What such objections have lost sight of is that the impassive, impersonal and indeed purposely enervating style of scientific articles was itself a rhetorical device, constructed during the 17th century to convey authority and to distance scientific reports from the kind of political or religious polemics labeled with the pejorative term ‘enthusiasm’. That could easily be a prescription for the approved style of a scientific paper: no enthusiasm please.

Yet if irony is a rhetorical device deemed risky in science, there’s another popular device that is not: metaphor. Still, there’s an unfortunate snobbery about metaphor – it gets spread liberally over writing for a ‘general audience’, but when was the last time you saw it in a scientific paper? The unspoken notion seems to be that scientific readers are ‘above’ such explanatory aids, which I don’t think is true. The flipside is that metaphors, like irony, run the risk of being read literally (so that, say, the reader thinks of a lowering of free energy in intentional terms). Equally hazardous, and less acknowledged, is the danger of hitting on a metaphor so apparently compelling that it distorts the thinking even of specialists. In the worst cases an inadequate but powerful metaphor can contaminate a field: genetics (the book of life, selfish genes) and quantum physics (uncertainty, wave-particle duality) are particularly vulnerable, perhaps because both struggle with difficult ideas that cry out for metaphor.

All this reminds us of the ultimate purpose of rhetoric: to persuade. So readers and writers alike had better get rhetorically savvy, because persuasion is a double-edged tool.