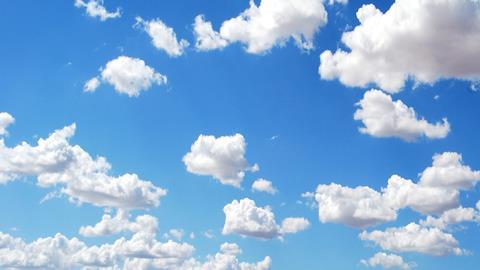 We can burn, and not just with passion

‘Oxygen is energy-rich and not for nothing is it a choice liquid propellant for rockets,’ chemists in the US and Belgium write in their new paper. They also note that almost every compound in the human body ‘is subject to combustion with oxygen’. ‘We can burn, and not just with passion.’ So why don’t we regularly spontaneously combust?

The simple answer is that dioxygen is much less reactive than we might expect a diradical to be. Nobel laureate Roald Hoffmann from Cornell University, US therefore asked his co-author, Weston Borden from the University of North Texas, why. Hoffmann, Borden and their colleagues found their answer in dioxygen’s chemical bonds.

Bonding is relevant thanks to the fundamental physical quest in which molecules find the most stable, lowest energy state possible. For many radicals, stealing a hydrogen atom from another molecule is a simple step to a lower energy state.

But that’s not true for the dioxygen diradical – we’re able to breathe it safely, because it usually leaves the hydrogen atoms in our tissues, and everywhere else, alone. Yet that poses a logical problem: how do you study something that doesn’t happen?

Where necessary, Borden, Hoffmann and their colleagues therefore turned to theoretical calculations – but were careful to start with experimental data. They used heats of reaction indicating how much lower or higher in energy products of reactions involving dioxygen diradicals are than their starting materials. ‘An important feature of our paper is the way we mix good, calibrated theory with experimental thermochemistry,’ Hoffmann tells Chemistry World.

Hoffman, who has co-authored a play called Oxygen, points out that the reaction of hydrogen with dioxygen is highly and notoriously exothermic – it was responsible for the destruction of the Hindenburg airship. However, the first step in the process, where dioxygen grabs one hydrogen atom, requires a large energy input because dioxygen is more stable than the peroxyl radical it forms. 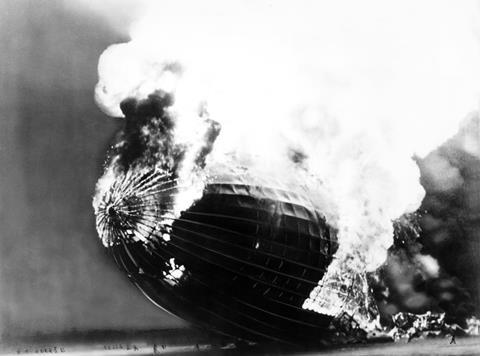 The Hindenburg disaster is perhaps the most famous example of hydrogen reacting with oxygen. But getting combustion started actually takes a fair amount of energy

Dioxygen and the peroxyl radical are similar because they don’t just share electrons in a σ-bond along the line directly between two oxygen nuclei. Instead, there is also a π-bond involving electrons distributed in the space surrounding the σ-bond. According to valence bond theory the π-bond allows unpaired radical electrons to delocalise and move between the oxygen atoms, which is known as resonance stabilisation. The peroxyl radical is stabilised in this way by one delocalised unpaired electron. Hoffman and Borden explain that the dioxygen diradical’s lower energy state comes because its two unpaired electrons more than double the stabilisation.

Hoffman adds that the extent of this effect is shown when hydroxyl radicals and hydrogen peroxide react to give water and the dioxygen diradical. In this reaction the number and type of oxygen–hydrogen bonds remains constant, explains Borden. ‘What changes is that the two unpaired electrons, localised in the two hydroxyl radicals, become the pair of electrons that are delocalised in two, three-electron, two-centre bonds in [di]oxygen,’ Borden says.

The heat of this reaction therefore equates to the dioxygen diradical’s resonance stabilisation energy, which, at 100kcal/mol, Borden calls ‘huge’. The chemists also demonstrated how this experimentally-derived value matched their theoretical calculations.

These results ‘show masterfully that much of [dioxygen’s] persistence is due to the resonance energy of the three-electron bonds’, says Sason Shaik from Hebrew University, Israel. ‘To comprehend the importance of this finding, we should remind ourselves that the resonance energy of benzene, which is just 36kcal/mol, has preoccupied the minds of chemists for many decades.’

Oxygen’s resonance stabilisation is what spares people from immediate ignition. ‘We do not combust, because the 100kcal/mol of [di]oxygen’s resonance energy makes addition reactions to [di]oxygen occur very slowly, except at high temperatures where radicals are formed that initiate radical chain reactions involving [di]oxygen,’ Borden says. Dioxygen diradicals ultimately drive combustion reactions because their σ-bonds are much weaker than their π-bonds, as has been known for several decades. ‘The eventual exothermicity of almost all burning reactions derives from the weakness of the σ-bond in dioxygen,’ Hoffman says. 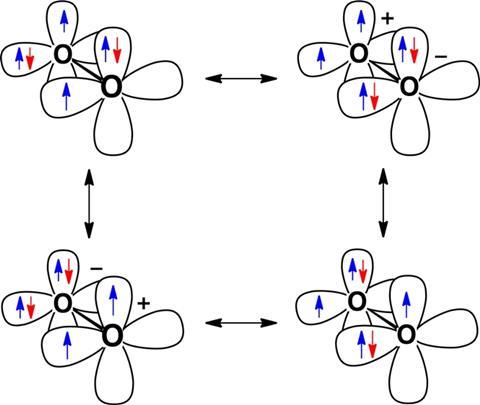 ‘This is a beautiful paper that solves a seeming paradox about one of the most important chemicals on Earth,’ comments Michelle Coote from the Australian National University. ‘This work shows that the often-overlooked role of resonance is what makes oxygen so special.’ Coote adds that dioxygen’s diradical nature is often cited as a textbook failure of valence bond theory. ‘Yet here the authors show that quantitative valence bond calculations are consistent with molecular orbital theory and can account for oxygen’s bonding and reactivity.’

Could these results finally dispel the myth of spontaneous human combustion? Hoffmann highlights that chemists have tried to do this for over 160 years. He points to the supposed spontaneous combustion of Countess Görlitz, a neighbour of Friedrich August Kekulé, who first conceived benzene’s structure. At trial, pioneering chemist Justus von Liebig testified such a thing wasn’t possible. Hoffmann likewise pours cold water on the team’s earlier, inflammatory, ‘we can burn’ comment. ‘We’re wet, besides,’ he says.