You tell us about geckos, car brakes and suicide prevention

I read with great interest your report on a novel adhesive based on geckos (Chemistry World, March 2018, p43). However, there are inappropriate statements of key facts about history of gecko adhesion study and transistors. 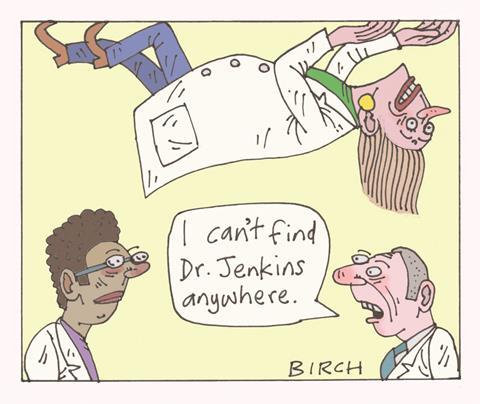 The report states that the discovery geckos use van der Waals forces to stick to walls via tiny hairs called setae on their toepads was made in 2012. In fact, the submicron spatula structures at the setal tips of geckos were revealed using electron microscopy in as early as 1965.1 Moreover, in 2002 researchers at Lewis and & Clark College, US, confirmed van der Waals forces as the primary molecular mechanism of gecko’s remarkable stickiness.2 The 2012 discovery was actually an invention: the team developed a powerful dry adhesive called Geckskin, which, composing of stiff fabrics and soft elastomers, was demonstrated to hold heavy objects like a flat TV display on a smooth wall and could be removed easily with no residue.3

Your recent article ‘Leading the charge’ (Chemistry World April 2018) states that anti-lock braking systems (ABS) were invented by the motorsport industry. While it would have been true to say that Formula 1’s Ferguson P99 was the first car to be fitted with an anti-lock braking system, motor sport did not invent it. The Ferguson P99 used a modified Dunlop Maxaret system which had been in use for many years on aircraft.

While I am sure some car manufacturers will learn things from Formula E, I am not so sure that the effect will be a large as the report seems to suggest. Tesla was making and selling road cars with higher capacity, temperature-managed lithium batteries before Formula E existed. The performance versions of these cars can also accelerate from 0–60 mph in under three seconds.

You refer to the Organisation for the Prohibition of Chemical Weapons (OPCW) as having endorsed the findings of the Porton Down team regarding the recent poisoning of Sergei and Yulia Skripal in Salisbury, UK (Chemistry World, May 2018, p17). It is difficult to see what else could have been the result. The team from the OPCW arrived over two weeks after the incident in Salisbury. Unless the government has been extraordinarily complacent, there would not have been sites of exposed nerve agents waiting to be sampled. It is, therefore, highly likely that the main samples came from evidence already collected by the UK’s Defence Science and Technology Laboratory at Porton Down. Agreement would consist of checking that the correct protocols had been followed when the culprit molecule was identified.

It is unclear whether new blood samples were involved in this response, but with a novichok nerve agent having a typical biological half-life of 5–24 hours there would have been little to find anyway.

Patrick Walter’s column on student mental health (Chemistry World, May 2018, p9) brought back many painful memories. In the mid-1980s I embarked on a part-time PhD in crystallography as a mature student. I was married with two young children and had a full time job, so consequently I became quite adept at time management as I juggled many competing requirements.

I attended the university once a week and tried to get to know and socialise with the postgraduate community. I became aware of a very troubled young man who had come from a very sheltered background and at 21 was embarking on a PhD as well. Although he was academically gifted, he struggled with social interaction and was very lonely. We spoke a few times, and I was planning on inviting him for dinner to see if I could help with his issues. Unfortunately, time and tide wait for no man. His PhD involved chiral resolution using brucine and strychnine and one Friday evening while he was working late he took his own life using these alkaloids.

I was devastated. How could I have put off something so important? I was so busy juggling things that I hadn’t followed through on the most important thing of all. Here is a life lesson for us all: when you see someone in need try to help then now, not next week. I’ve never forgotten that young man, a tragic loss at such a very young age.