Caroline Toland’s reply to the career-change question posed by an academic (Chemistry World, September 2010, p72) is perfectly sound advice but there are some issues that need addressing.

The first question an employer will ask is why it has taken 10 years to discover he/she doesn’t enjoy academic life? He says he can’t take the pressures of teaching and research but all worthwhile career positions involve pressures and should he move into the private sector he would almost certainly find increased pressures - all jobs which are rewarding are intellectually demanding and involve frustrations and other pressures. Those who change career paths for negative reasons frequently find that they’ve simply exchanged one set of frustrations for another set and move on again to their detriment.

I recommend that the correspondent puts down on paper what is specifically the source of his frustrations, see if he can’t resolve them and put down what he now wants from a job before starting his search in earnest. He says he no longer enjoys teaching or research, which is illuminating as they involve different skills. If the teaching component was the issue a research post elsewhere might be the answer but that is ruled out too.

It isn’t uncommon for people to get ’itchy feet’ in their mid-30s especially if they feel that their progress is too slow, a new young family has made money tight, and they have been overlooked for a promotion which has been taken by someone they feel is less qualified than themselves.

However, if he’s going to change career direction he must do it now, time is running out and he must be sure that the move is the right one as a second satisfying move would be much more difficult to execute bearing in mind he’s searching for a new career path in which others are already entrenched. A clear sense of direction now is critical - it’s late, but not too late. He must convince an employer that his experience to date has prepared him for the new career path. I feel for him and wish him luck.

Charlotte Ashley-Roberts, RSC careers adviser: Richard makes some very good points and these are certainly topics that would be discussed if the member spoke to a careers adviser in person.

I would like to add, however, that within the RSC careers team we frequently work with members who have made successful career changes in the latter stages of their career and, while I agree that this transition isn’t always easy, it is possible and it’s never too late.

I received the September 2010 Chemistry World  just as I had finished checking some calculations on CO2 sequestration for a talk I was due to give at the University of South Africa in Pretoria. The bottom line of one of these calculations is that the natural sequestration capability of trees on Earth is 10 gigatonnes of CO2 per year. The calculation requires only two simple pieces of information: that a tree absorbs a tonne of CO2 in 40 years (therefore 0.025 tonne in 1 year) and that it has been estimated from Nasa photographs that there are about 400 billion trees across the planet. 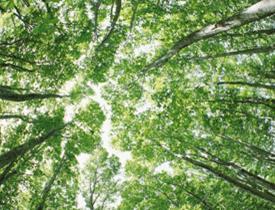 The article by Tsouris and Aaron (Chemistry World, September 2010, p40) states that the total estimated CO2 release for 2010 is 30 gigatonnes. It therefore follows that the trees absorb about a third of the total CO2 and so are an invaluable resource. On the other hand, the remaining two thirds has to be addressed, by such approaches as carbon capture and storage and the use of carbon-neutral fuels.

In my calculations I go on to show that, at a carbon credit price of

18 (?11.6) per tonne, the carbon sequestration realised annually by the trees is worth a sum equivalent to 10 per cent of the world’s annual trade in crude oil which, in anybody’s language, is ’big money’.

I shall be happy to email the power point presentation for the Pretoria talk to any interested reader via  j.c.jones@eng.abdn.ac.uk

For that matter, who edits this column?

It’s a fair point. It would have been more accurate if I had said ’almost all the metals, except those known from antiquity, end in -(i)um.’ I guess that is why Iupac relented and eventually allowed aluminum .

In reading the editor’s comments following my recent letter (Chemistry World, August 2010, p43), I would like to just add that there may be a misunderstanding of the intended meaning in the letter. Of course the suggestion that students might deliberately insert their fingers into a sodium hydroxide solution is absurd.

However, as a practicing chemist with over 25 years experience I know that even moderately weak solutions of sodium hydroxide have a characteristic feel. On the same level, a professional motor mechanic would be able to describe motor oil as a ’viscous liquid’ which is hazardous when hot.

I hope this has cleared up any ambiguity.

Your article ’Explosive sensing’ (Chemistry World, July 2010, p34) seems to imply that hexamethylenetetramine is a peroxide-based explosive. It should have referred to hexamethylene triperoxide diamine, which is made from the tetramine. Although the correct trivial abbreviation is given (HMTD), some readers may be confused.

In chemistry at school we used to watch a video called The case of the sulphuric acid plant. Aimed at O level/GCSE students, this 15 minute film described the whole process of sulfuric acid manufacture, but was very entertaining because it was narrated by John Cleese, and included an animated version of him (animations by Tony Hart), with a cartoon dog called Digby.

I have since found out  that the film was produced by ICI in 1976. I cannot find an electronic version of this film and there is limited info on the internet.

Does anyone else remember the film? Or perhaps someone has a copy? Does anyone have a copy they could send the RSC for digitisation?

Michael Brooks wrote about the regrettable shortage of politicians in the British parliament (Chemistry World, August 2010).

In 1959, the scientist-novelist CP Snow raised the same issue, but 50 years on things have not improved - scientists at senior level in Westminster are just as rare now as they were then. Of course, it is inevitable that science will take second place to politics, but it should never be due to the incompetence of government ministers, or violent protest, and in every case the electorate should be told why the decisions were made.

I should like to advise Nick Hewitt, reviewer of AW Montford’s book The hockey stick illusion: climategate and the corruption of science (Chemistry World, September 2010, p63) that I really cannot agree with him that ’Readers of Chemistry World will have far better things to do than read this pedantic book’. Although I have not been a member of the RSC for a couple of decades, as one who practised the profession of chemistry for many a long year, I wholeheartedly recommend AW Montford’s book. I find Hewitt’s use of the word ’denier’ to be notably unhelpful. Those of us who remain unconvinced that man’s activities produce dangerous global warming have that essential trait of a scientist: curiosity.

Ed. We have had several letters on this topic. Sadly, the debate surrounding the issue of anthropogenic climate change is unlikely to be resolved to everyone’s satisfaction within the letters page.