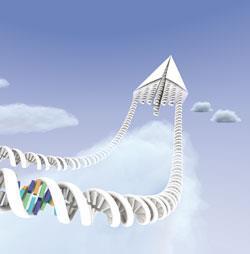 As an affiliate member of the Natural Environment Research Council’s (NERC’s) peer review college, I would like to comment on the article about NERC’s intention to reduce the number of uncompetitive proposals submitted for funding (Chemistry World, March 2012, p17). For several years, I have helped in the assessment of applications for knowledge exchange (KE), collaborative awards in science and engineering (CASE) studentships and more recently the ’pathways to impact’ statements for standard grants. In too many cases, the issue is not about the quality of research but about the quality of the application. Applicants do not help their proposals by the apparently careless way in which they sometimes present their applications, and it seems entirely right that universities and institutes should be held responsible for allowing these to go forward to NERC.

In the last CASE studentship call, NERC had asked applicants to include a supporting letter from their partner, written in their own words. On the day I attended the moderating panel there were 48 applications, several of which did not include a supporting letter. The reason this letter is required is to enable the panel to assess the importance attached to the research by the partner and to judge their level of commitment and enthusiasm. If it is not included, the panel loses this input, the applicant is not following the guidelines, and it is unfair to other applicants who have gone to the trouble to provide one. Irrespective of research quality, none of these proposals was recommended for funding and valuable time was wasted. On other occasions, pages have been missing from applications - in one instance, pages were muddled between two applications from the same department - and applications frequently break the stated conditions of the scheme.

Another aspect of writing applications that researchers should have in mind is that there is a real benefit in using easy to understand English, particularly in KE and CASE proposals where it is unlikely that the panel will be as familiar with their area of research as they are themselves. Some researchers understand this and do it extremely well, but others do not attempt to meet the challenge and present their applications entirely in the language of their speciality. Often we see both approaches from the same department of the same university. Clearly, if the panel does not understand the proposal, it is unlikely to be funded. Institutions have a role to play here in providing guidance and training for their staff.

I do not believe this is adding to the administrative burden of either researchers or institutions; it is about using an approach that will give proposals the best chance of success. Indeed, it is the same approach that we all use in our private lives and is a lesson learned by scientists in industry who need to persuade those who control the purse strings to fund their laboratories. For NERC, it should enable proposals to be assessed purely on research quality, and for individual researchers it should mean fewer submissions and less wasted effort to achieve success.