In your December editorial (Chemistry World, December 2008, p2), you claim that it is rare for chemistry and its ideas to star in fiction, and rarer still to find a story with a character who is a real-life scientist. Perhaps you are too busy editing a journal to indulge in much fiction reading, but what about Philip Ball, who has some professional literary credentials, yet writes in the same issue ’But who writes about chemistry in novels?’ and then whines along those lines for several paragraphs before starting with Goethe for an entire page (Chemistry World, December 2008, p46). 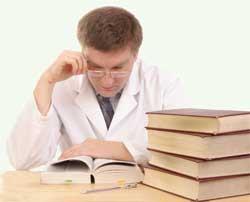 Let me give you a few personal examples to disabuse you and Ball about making such unjustified generalisations. During the 1990s, before turning to play-writing (including plays dealing with chemists), I wrote a tetralogy of novels in the special genre of ’science-in-fiction’ to distinguish it from science fiction. All four novels were published by Penguin-USA; all four continue to be reprinted; and three of them have been used as textbooks or recommended readings in many countries, since cumulatively they have been translated into 10 languages. All of them have been reviewed in Chemistry World  ’s predecessor,Chemistry in Britain  as well as in Nature and Science.  The first volume, Cantor’s Dilemma  is now in its 24th print run. My second novel, The Bourbaki Gambit  , dealing with the discovery of PCR, won the 2005 Serono Prize for its Italian translation as the best piece of fiction bridging science and the humanities. The fourth,NO  couldn’t be any more chemical since even its title bears a chemical formula, and it deals entirely with chemical research related to nitric oxide.

I recommend that on your next vacation, you and Ball catch up on novels featuring chemists as the principal figures. You are in for a surprise.

I have just read Miracles of life  , the autobiography of J G Ballard, the well-known author of Empire of the Sun  and many novels of science fiction. Members of the society might be surprised to learn that he served as deputy editor of Chemistry and Industry   during the 1950s and later as editor after the death of William Dick.

He gave up this post after the success of The Drowned World, to become a full-time writer. He states that his editorial work kept him ’up to the mark’ in the latest scientific discoveries.

There is some very well described chemistry in Pigeon Post  , one of the Arthur Ransome books. The children Dick and Dorothea had been searching for gold in outcrops in the Lake District fells and a glittering ore that they had discovered was to be tested for gold. It was actually only copper pyrites and so the golden fragments, carefully panned from the crushed quartz, were found to be soluble in ’aqua regia’, which dissolves almost everything. Gold on the other hand is only soluble in aqua regia. Dick did not know this and it was shown to be (only) copper pyrites by their Uncle Jim, who added aqueous ammonia to the solution, producing copious white fumes and then the very characteristic and beautiful solution of cuprammonium-blue.

I enjoyed Phillip Ball’s article on chemistry in fiction. Chemistry offers us rich metaphorical insights into human relationships, which I have developed in the book Sex, leadership and rock’n’roll  . Over the years, many famous scientists have also noticed these connections.

Einstein wisely pointed out that ’Love is a matter of chemistry, but sex is a matter of physics’ whilst Richard Feynman observed ’Physics is like sex: sure, it may give some practical results, but that’s not why we do it’. Although I don’t believe Madonna is a chartered chemist, she too has noticed the similarities between chemical reactions and physical attraction!

I hope it was clear that my article was intended not as an exhaustive survey of chemistry in fiction, but as, in part, an inducement for others to point out examples that I would undoubtedly overlook. I am delighted that it is having that effect. I’m particularly glad to see Carl Djerassi’s works mentioned here, because he has laboured mightily to bring science into fiction, both in print and on stage. I am sorry that he felt overlooked, and would like to reassure him that the only novel I consciously refrained from including was my own. Rather, I aimed to focus on books in which chemistry provided thematic material, instead of simply being an aspect of the plot. That is why, for example, I also failed to mention Dorothy Sayers’s  The Documents in the Case, with its nice exposition on chirality.

While some of Carl’s books seem primarily concerned with the ethics of science and biomedicine, his play   Oxygenis undoubtedly chemical to its core. And if we are to include plays, one might mention Stephen Poliakoff’s   Blinded by the Sun, which was inspired by the cold fusion affair and informed, I gather, by his distinguished brother Martyn.

I’m touched by Peter Cook’s belief that Madonna has chemical interests. As possibly the only person to have spent a couple of hours talking to her about chemistry-related matters, including radioactive decay, I can attest that he is not wholly mistaken, although she perhaps needs a little more coaching on the fundamentals.

Richard Pike says that the RSC’s policy is that ’Creationism should not feature in school science lessons’ (Chemistry World, December 2008, p35).

I hope, however, that the RSC approves of the science of origins being taught critically. This means presenting the evidence against theories as well as the evidence in favour. It also means making the basic assumptions of the scientific approach very clear.

These include the assumption that the order we see in the universe holds everywhere at all times. This automatically excludes any involvement
by a creator except at the beginning.

A second assumption is that there is a continuous correspondence between theory and reality. This rules out the creation of the universe in a mature state, with the inevitable appearance of an earlier history (see Bruce Denness, Nature, 1988, 336, 614).

These two assumptions are rarely stated, but they should be.

Apparently the RSC Council has decided that ’Creationism should not feature in school science lessons’.

I am sorry to hear this. The creation-evolution debate (like many others) is one in which pupils should be encouraged to participate in whatever subject lesson it arises, including science lessons. The door should not be slammed in pupils’ faces and the impression given that science advances by dogmatic assertions. I am ashamed of the RSC Council’s stance: it is unworthy of a professional society to attempt to stifle discussion on such an important issue, wherever the discussion arises.

I am also one of Santa’s scientific helpers (Chemistry World, December 2008, p72) as I routinely analyse toys for Bristol Scientific Services. We are a UK Accreditation Service (UKAS) accredited laboratory and I am involved in carrying out the flammability tests required as part of EN 71. Having this hands-on experience I was a little puzzled by the photographs used to illustrate the article.

The above standard requires that the flame be applied between 20 and 50mm from the lower edge of the toy. I believe that accuracy is always vital in analysis. A point raised by John Harris in your letters page (Chemistry World, December 2008, p34).

With a decline in qualified Public Analysts and appropriate laboratories, it is crucial that standards and efficient handling of samples be maintained. Whether it is consumer goods, food products or environmental samples, the chemical world must fight for the maintenance of analytical services.

In his Last retort  piece on chemical weapons (Chemistry World, January 2009, p84) David Jones describes World War I as ’the chemists’ war’ and justifies the description in terms of the poison gases used by both sides in the conflict. They were the terror weapons of their day but in truth no battle was won by their application, and the fatalities they induced were relatively few (probably fewer than 90,000 across the conflict). 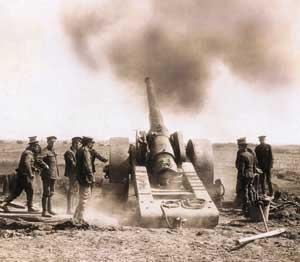 Contrast this figure with the 10 million military dead in the war. Largely they died as a result of chemistry. The high explosives (TNT, picric acid, gun-cotton and nitro-glycerine) were 19th century chemical discoveries which by the advent of the war were being made by the tonne as a result of effective chemical industries. A mixture of gun-cotton (nitrocellulose), nitro-glycerine and vaseline yields cordite, which was a more predictable propellant than the hitherto used gunpowder, and widely used from the early 1890s. This predictability in burning rate enabled the development of shells that could be reliably exploded by time fuses (or fuzes as they were known) so that shrapnel would rain down on the troops in their trenches. It also enabled the perfection of the machine gun into a yet more effective killing weapon.

There is a third justification of the description of the war as the chemists’ war. At the outset it was thought that the Allies, with their arguably greater naval power, might blockade the Central Powers thus depriving them of imported nitrates from South America. Consequent on this would be ill-fertilised fields, and a shortage of the nitric acid necessary for the manufacture of the high explosives. The Allies, however, misread the state of the German chemical industry in 1914. They would have been aware of some methods for the fixation of atmospheric nitrogen such as the cyanamide process (1899) for making ammonia for subsequent oxidation to HNO3, but were caught out by the extent to which the Haber process of 1906 had been developed into an industrial entity. The construction of a plant at Oppau, near Ludwigshafen was started in 1911 and became operational in September 1913, soon producing 7000 tonnes of ammonia a year. Germany’s increasing needs for ammonia and the nitrates derived from it to sustain its war led to the building of a large plant at Leuna, near Merseburg, and located in the lignite coalfields of central Germany. Its initial capacity was 33,000 tonnes of ammonia a year and by the end of the war, this had expanded to an annual production of 146,000 tonnes of ammonia.

It was thought that the war of 4th August 1914 would be over by Christmas. This was a dreadful miscalculation. Thanks to chemistry’s three-fold contribution it lasted four bloody years and across Europe it wiped out the brave young men of almost an entire generation.