What is the most important piece of shared equipment in a laboratory nowadays? Pondering this question and being a ‘wet’ chemist (pace to the ex-chemist Margaret Thatcher), my thoughts were first drawn to a variety of glassware and spectroscopic kit. Yet there are plenty of us who never touch a beaker, let alone a condenser, and the different branches of chemistry deal in different kinds of spectroscopy, sometimes to the exclusion of all others.

We all use computers, of course. Turing’s machines have been the most disruptive technology in science. Yet today, they have become so cheap and ubiquitous that each of us has their own. So they are common, but not shared. 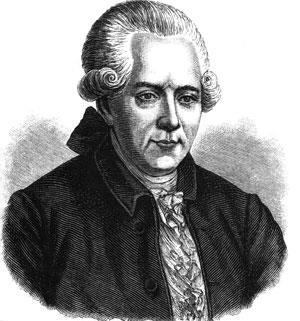 No, the answer came to me during the recording of an episode of Dara O Briain’s Science Club where I witnessed a spectacular demonstration by Mark Miodownik. An earthed nail was hammered into a block of clear Perspex, producing a blinding flash of light and a bang. Miraculously, a stunning branched ‘tree’ now sat suspended in the clear plastic, with tiny flashes of light signalling the formation of further branches. I was transfixed; it was a stunning illustration of the fractal patterns first observed by Georg Lichtenberg.

Lichtenberg was born near Darmstadt, Germany, the son of a senior cleric. Short of stature and with a pronounced hump, he had something of a lonely childhood in spite of having 15 siblings. He made up for his disability through wit and intelligence. He went to Göttingen University in 1763 to read physics and within six years had been appointed extraordinary professor, although not solely for his scientific merit – the vice-chancellor hoped Lichtenberg’s social and language skills might draw others to bolster the university’s reputation.

Lichtenberg made two trips to England, in 1770 and 1774, which left a huge impression and made him an ardent Anglophile. Not only did he meet the King, German-born George III, but also James Watt and Joseph Priestley. He went to the theatre to see David Garrick, and read the British satirists, especially Jonathan Swift and Lawrence Sterne, whose hilarious barbs inspired Lichtenberg to start writing his aphorisms. These witty observations caught the attention of writers and philosophers like Immanuel Kant and Johann Wolfgang von Goethe. They range from the allusive to the satirical, from the comical to the just plain smutty. Indeed, Lichtenberg had a healthy interest in sex and had multiple affairs.

Throughout his life he jotted his every thought – spiky observations on life, experiments to try, books to read, experimental notes – in his ‘waste books’. He was ferociously critical of ugly prose and clumsy argument, and scorned lack of originality. He was also a very amusing companion; after a heavy night drinking with Alessandro Volta in 1784 he noted that the Italian had ‘an expert knowledge of the electricity in girls’.

His physics lectures won wide admiration. He is thought to have been the first in Germany to illustrate undergraduate lectures with demonstrations; as his fame grew they were attended by, among others, the mathematician Carl Gauss. He wrote a textbook of natural science that would remain the standard text for decades. 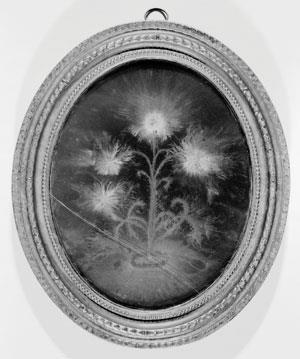 Although eclectic in his interests, his notable contributions came from studying electricity. He built a huge electrophorus – an insulated metal disk – about 2m across that he charged using Volta’s method of induction. The room he worked in was very dusty, and impatient to get on with work, he didn’t clean it. The dust landing on the disk clustered strangely, ‘like stars at certain points’. When he wiped the dust off, the patterns reappeared. Thinking it was an electrostatic effect, he discharged static electricity from a Leyden jar onto the disk and observed an astonishing set of patterns. He found he could transfer these patterns directly onto paper – in effect, inventing electrostatic printing. He developed ways of controlling the shapes, and even if no one thought it could be used, his patterns, framed under glass, made stunning presents.

Lichtenberg would go on to demonstrate that lightning was a manifestation of electricity by flying a kite in a thunderstorm (an experiment that Benjamin Franklin almost certainly did not do). He was lucky not to be killed. Ironically, victims of lightning strikes often display fractal, branching patterns on their skin similar to Lichtenberg’s prints.

Aside from a method Josiah Wedgwood explored for applying patterns to pottery, the idea of electrostatic printing would lie dormant until 1938. That year, Chester Carlson patented ‘electrophotography’: a metal plate coated in a semiconductor such as sulfur, anthracene or anthraquinone developed an electrical charge when exposed to light. A dry powder would stick to the charged regions of the surface before being transferred to paper. Carlson struggled initially to get any interest but he finally sold his invention, renamed xerography, to the Haloid Company. In 1959 they introduced the Xerox 914, a dry copier capable of printing 100,000 copies a month. Xerox was soon a noun and a verb.

Today Lichtenberg is forgotten. But his legacy is everywhere in our labs and offices: the laser printer and the photocopier.