In the UK, successive governments have held to the mantra that funding for university research should be heavily concentrated in a handful of universities. In 2008, more than half of all public research funding provided by government was allocated to just 12 institutions and a mere 28 universities received 75% of the funding resource. 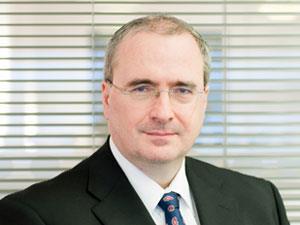 Those in favour of this approach would argue that having a few well-resourced institutions cultivates and nurtures excellence, ensuring the best return on investment; that funding established excellence is less risky; that a move away from this approach would dilute the impact of funding. But there is no evidence to support this argument. It is unwise for any government to rely on investment in just a handful of universities. Doing so reduces the diversity of research and starves the grass roots of future generations. And it leads to a culture of superstar academics, courted by institutions for their research pedigree and the funding it assures. Institutions clamour to hoard high-value researchers, and we exchange a healthy, fertile and diverse research landscape for a desert, punctuated by oases of excellence.

Of course there is a need for focused investment in capital intensive science infrastructure and there can be no argument that we need universities that conduct world-leading research. But this is not the whole story. Although research funding is linked with an assessment of the quality of research in universities, governments have fixed the rules after the event to ensure that concentration has been the central tenet of the funding allocation.

Crucially, the 2008 research assessment exercise proved that decades of selectivity and funding concentration in the UK have failed to produce a concentration of excellence. Traditional, ‘research intensive’ universities are far from being the sole custodians of research excellence and in fact a diverse array of departments and individuals at a diverse array of universities were found to be producing research recognised as world-leading and internationally excellent. In some areas, ‘modern’ universities, allocated a mere 4.3% of all quality-related and research council funding, were judged to be producing research of a quality that rivalled that in institutions that historically have been much better-resourced.

Despite this evidence, the advocates of funding concentration have been victorious and the policy of hyper-selectivity continues to be pursued. Somewhat ironically, exponents of a market in fees all too often appear to favour a closed shop when it comes to research funding.  This policy also has the disadvantage of exacerbating the geographic concentration of funding.

The focus instead should be on funding excellent research, wherever it is found. There are sound economic and societal reasons to adopt this position. Universities outside of the ‘research intensive’ umbrella have different research foci to more traditional institutions and their research outputs have direct applications to the economy and businesses, and to public services and society. Contrary to popular myths these universities also support science and engineering departments that are engaged in world-leading research.

These universities also leverage comparatively more investment from the very modest research funding they receive:1 £2.91 for every £1 spent on university research by the higher education councils (compared to £2.17 in the research-intensive universities). They also lead the way in entrepreneurship and enterprise, supporting 67% of all graduate start-ups in 2007-08 and 24% of staff spin-outs. Moreover, 37% of all postgraduate provision in the UK (taught and research, UK-domiciled, EU and international) is delivered by modern universities – significantly more than any other part of the sector.

When combined with the massive cut in teaching funding, unpredictability of student demand, rises in postgraduate fees and over-zealous regulation of international students, it is becoming more and more difficult for universities to invest in the science facilities, staff and students that will be needed in the future. For chemistry in particular, the reality is that increasing selectivity has proved damaging, leading to the closure of many university chemistry departments in both pre- and post-1992 universities. It is especially true in chemistry that in order to sustain teaching there needs to be significant investment in infrastructure and instrumentation. Investment that only research funding can provide. Put simply, minimal research funding starves and kills the chemistry department and we have seen this several times over.

Those interested in the good health of science should challenge the idea that concentration of funding is the way forward. Instead we should be arguing for an increase of investment commensurate with that of our competitors and a strategy for investment that does not fix the outcomes regardless of talent, potential and research excellence.

2million+, A Postgraduate Strategy for Britain, 2010