If you can think and not make thoughts your aim

The phrase ‘thought experiment’ conjures up those paradoxical cats, daemons and twins that have plagued students and philosophers for over a century. Many associate the idea with Germany, but the Gedankenexperiment has supported scientists of all cultures throughout the ages: Galileo might not have actually dropped balls from the Tower of Pisa, but he certainly thought about it, and Greek thinkers used them long before that. Eventually, of course, you have to do a real experiment, but even then the design itself requires thought, to be sure you get an answer that tells you what you want to know. 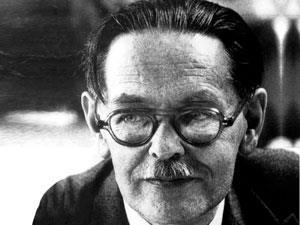 Archer Martin spent more time thinking about experiments than most. As a teenager, he developed a fascination for distillation, culminating in experiments using a five-foot high distillation column built from old coffee tins, which he packed with lumps of coke. He went to the University of Cambridge, UK, to study chemical engineering, but hearing the lectures of the brilliant young geneticist John Haldane soon persuaded Martin into biochemistry.

Despite obtaining a lower second class degree, Martin’s skills as an experimenter secured him a position in the laboratory of Frank Bowden and Charles Two cultures Snow. After a year, Haldane helped Martin find a post at Cambridge’s Dunn Nutritional Laboratory, working to separate the components of vitamin E. Not keen on the smelly process of saponification and repeated extraction, Martin developed a simple counter-current extraction method, well before chemists like Lyman Craig. He placed a 20 litre bottle filled with his soaps on the roof of the building and connected it to another, filled with ether, on the ground floor by a length of 1 inch tubing. Injecting the soaps part way up the tube, he got good fractionation between the aqueous and ether layers.

His success led to a PhD under Charles Martin (no relation), studying pellagra in pigs, where he was also introduced to fellow student Richard Synge, who was interested in the composition of proteins. Together they developed a 40-stage counter-current device to separate amino acids.

Taking their work, and their apparatus, to the laboratory of the Wool Industries Association in Leeds, they managed some remarkable separations using chloroform and water. But the process was terribly slow and the apparatus leaked badly, leaving the experimenters half-anaesthetised afterwards. Martin tried a variety of designs, desperately trying to improve how the two phases dispersed, moved and mixed. 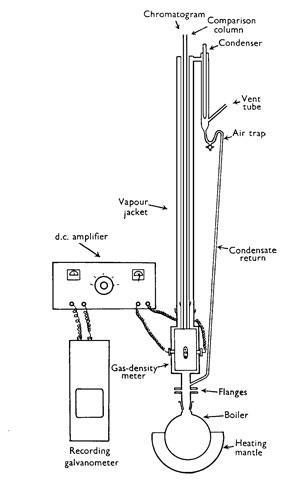 And then one day, it dawned on him that only one of the phases needed to move. He and Synge stole the silica drying agent from a laboratory balance, soaked it with water and packed it into a 30cm column. They loaded the now-immobilised water phase with a mixture of N-acetylamino acids and slopped chloroform in at the top. Frustrated at seeing and isolating nothing after a day of elution, they added methyl orange to the mix, and to their delight saw a red band slowly travel down the column. Martin would reminisce that ‘one foot of tubing … could do substantially better separations than all the machinery we had constructed until then’.

But their method could not be applied to unprotected amino acids. Searching around for an alternative material to immobilise the water, they hit on the idea of using paper. Stained with ninhydrin and spotted onto paper strips, their amino acid mixtures now separated into purple spots as capillary action drew the solvent up the paper. But they could not resolve the overlap of amino acids with similar properties. In a stroke of genius, they added a second dimension by drying the chromatogram, rotating it by 90° and running it again with a different solvent. Two-dimensional chromatography was born – the workhorse of 1950s biochemistry, and crucial to Fred Sanger’s sequencing of insulin.

But more was to come. In their original paper of 1941, Martin and Synge had predicted that using a gas as the mobile phase with a stationary liquid should lead to truly unheard of separation. Eventually, after Martin moved to the National Institute for Medical Research, this too was achieved, with the help of Anthony James. ‘[Martin] and I would discuss it for some days,’ James would later recall. ‘At the end of about three or four days I would say; “Let’s do the experiment,” to which the answer always was, “No, no, no – sit down and talk about it some more.” Over a period of perhaps two or three weeks we worked mentally through many, many experiments until in the end we did “the” experiment which defined it.’

Martin and Synge would be awarded the Nobel prize in 1952 and today a world without chromatography is almost unthinkable. Indeed it is now so easy to run a GC or HPLC that one can crank out scores of experiments and generate reams of results. The real question is whether they are really significant. Perhaps some Gedankenexperimenten beforehand might lead us deeper into the matter.