Learning from nature never goes out of fashion for synthetic chemists

Bioinorganic chemistry is an area that seems both delightfully old-fashioned and thrillingly modern. The hunt for metals in different oxidation states – and the struggle to control them – is familiar to generations of inorganic chemists. Nature has good reason for using metals that can flip between different levels of oxidation at the drop of a hat – without metals to store and release electrons, it’s hard to see how life could exist in any kind of complex state. 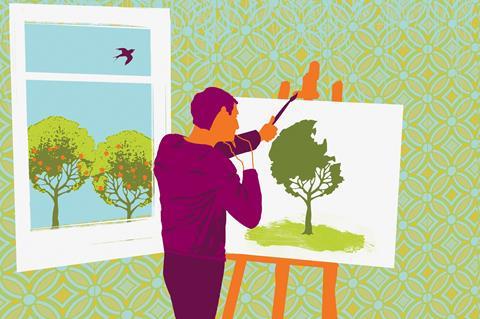 The more modern angle comes from the up to date structural biological considerations. Knowing exactly what ligand environment nature uses to keep those metals under control is no mean feat, and it takes a combination of spectroscopy, crystallography and biochemical intuition to work things out. Knowing is one thing, of course, but being able to replicate that environment with compounds accessible to chemists – even in the lab rather than the plant – is quite another. And modern day ligands, with their large sterically shielding scaffolds, are almost starting to look more like proteins than the simple few-atoms ligands inorganic chemists of yesteryear were familiar with.

As James Mitchell Crow explains in his feature, the reasons behind looking enviously at nature’s redox chemistry are also bang up to date: everyone is trying to do chemical transformations that are cleaner, greener, lower in energy – more natural – than before. There aren’t many enzymes that can fix nitrogen, but those that can don’t use an appreciable amount of the world’s fossil fuels to do so, unlike the Haber–Bosch process, meaning they don’t have the same carbon footprint. It’s hard to think of a more worthwhile goal than that, but there are plenty of other ways we can improve things by copying nature: carbon–hydrogen bond activation or methane-to-methanol conversion.

And what makes nature’s chemistry even more impressive is that it can achieve all these things with metals that are cheap and widely available. There’s no platinum or palladium in the enzymes’ store cupboard, they have to make do with the likes of iron. Nature has of course had rather a long time to work on its catalytic prowess; with the pressing need to address our climate and resources crises, we don’t have that luxury. Chemists – and society – need to act now. But if there’s one thing we’ve learned from the past few months, it’s that things can change faster than we expect, and that collective societal action that once seemed impossible is achievable.