Not such a gas

At the time of writing, the UK, most of Europe and the eastern part of the US is sweltering in a heatwave. And carbon dioxide is in the news – but for once the story isn’t about too much of it warming us up, instead there was too little of it to keep us cool. The threat to our supply of beer and ice-cold refreshments was very real and, in the middle of World Cup fever, very unwelcome. 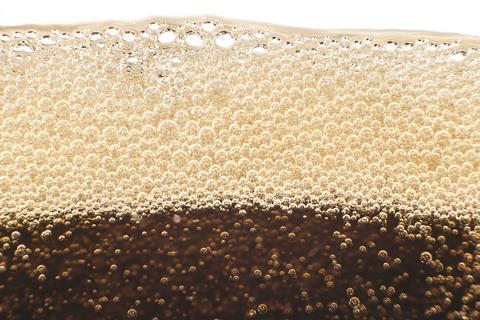 The shortage of carbon dioxide is caused by an interesting range of factors that reveal the complex interplay of modern industry and its supply chains. As a by-product of ammonia production – from the water–gas shift reaction that produces the hydrogen for the Haber–Bosch process – less carbon dioxide is produced when demand for fertiliser falls in the summer. Fertiliser plants are often closed for routine maintenance in late spring and early summer. This year, that downtime coincided with an unusually warm springtime and a football tournament that, according to industry reports, led to an extra 14 million pints being sold in the UK alone.

The protracted heatwave – and the World Cup – has intensified that demand and led to the shortage. As undesirable as it may be, we could all go without a few bottles of fizzy pop, even in a heatwave – but there’s a more serious side to the lack of carbon dioxide. Abattoirs rely on the gas to stun animals prior to slaughter and the shortage caused some to stop operations. The potential impact on farms and the food supply chain are serious.

Fortunately, industrial gas producers were able to step up production and it looks like the crisis has abated – unlike the heatwave – but it has served a warning that modern supply chains can be more fragile than they appear.

The supply chain for helium is no less complex than for carbon dioxide, and potential shortages of this gas regularly make headlines too. As you can discover in more in our feature on helium, a lot of these problems are because of the US selling off its long-established helium reserves. Fortunately, with extraction from natural gas and sources such as Tanzania’s Rift Valley, the problem might not be as critical as some doom-mongers have suggested.

The problem of the atmospheric surfeit of carbon dioxide, however, is certainly critical and sadly not going away. One potential way of fuelling our lives without adding to the problem is to use hydrogen. Often touted as the fuel of the future, it is just as often derided with the retort ‘…and it always will be’. But as our feature on hydrogen fuels suggests, there are plenty of pilot projects out there aiming to prove that hydrogen’s future may not always be 10–15 years away – it may be in the pipeline, not just pipedreams.