Philip Ball muses on the many meanings of openness in science

Chemistry World’s science communication competition this year had the theme of openness. That in itself was open to interpretation, and the shortlisted entries showed a pleasing diversity, from discussions of crowd-sourcing and historical vignettes to a fictionalised take on the ethical dilemmas of research. 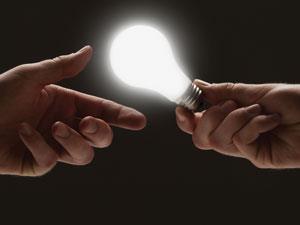 Several of the shortlisted entries made the point that openness has been an important feature of science for centuries. The winning entry from Tessa Fiorini argued that the readiness to publish and disseminate results was instrumental to the impact of Antoine Lavoisier’s work in the late 18th century. But arguably Lavoisier was as concerned about securing priority as he was about sharing his findings, and it seems he exploited the openness of some of his rivals. On hearing about Henry Cavendish’s synthesis of water from Cavendish’s colleague Charles Blagden, he immediately repeated the experiment and reported it to the French Academy of Sciences.

The emphasis on open publication began the previous century, especially with the creation of the Royal Society’s Philosophical Transactions in 1665 – itself an extension of the international network of corresponding scientists orchestrated by the society’s multilingual secretary Henry Oldenburg. Philosophical Transactions aimed for simple prose that could be understood, evaluated and debated by all readers. Yet this publication culture fuelled priority disputes, which immediately became as bitter as any we see today. Isaac Newton wrote the Principia to show that he had a better proof than Robert Hooke of the elliptical orbits of planets, while Hooke disputed ownership of the spring-regulated watch with Christiaan Huygens.

These ‘science clubs’, which began in the late 16th century, were a break from the individual and often secretive research of the past, exemplified by alchemy. But even there the motives and methods varied, as Emily Billinge pointed out. Paracelsus in the early 16th century took to publishing his alchemical and medical theories in the vernacular (in his case German) to make them widely accessible. Part of his motive was a rejection of the exclusivity of academic Latin, but there was also self-interest – the desire to reach a wide audience. Martin Luther wrote in German for the same reason.

In other words, ‘openness’ here is not merely, or even primarily, a matter of making science democratic. And as the open-access movement shows, the openness of publishing has traditionally been relative: the science is there for all who can afford to get at it. None of the shortlisted entries took the discussion to the next stage, where openness might mean not just making results more accessible but also openly debating their validity and interpretation.

Vigorous blog debates about ‘arsenic DNA’ and ‘striped nanoparticles’ show that researchers can expect to have their findings challenged outside of the stately forums of journal correspondence pages. That is going to blur the whole notion of a ‘primary’ research literature, in ways that I expect to be largely beneficial.

Science has always been crowdsourcing; researchers build on the achievements of others

Crowdsourcing has been presented as a new way to do science. But Paul Brack argued that it is actually an old idea, citing the longitude prize offered by the British government in 1714 as an early example. In chemistry, Louis XVI prevailed on the French Academy of Sciences in 1793 to offer a prize for soda manufacture from sea salt, which stimulated Nicolas Leblanc to develop his important industrial process several years later. France was particularly active in this kind of thing: the Society for the Encouragement of National Industry also offered a 6000-franc prize in 1824 for a method to make the blue pigment ultramarine, which Jean-Baptiste Guimet claimed within four years.

These government initiatives are back in vogue, as Nasa’s Tournament Lab shows. But more often now this approach comes from commercial companies, such as Innocentive and CrowdFlower, who mediate between clients with sponsor-supported challenges and legions of ‘solvers’. Marblar charges clients to post their research and offers cash prizes for successful suggestions of how to turn it into a business proposition. But money isn’t always the driver. As ground-breaking efforts like Galaxy Zoo (a project that enlisted volunteers to classify thousands of galaxy shapes) and FoldIt (where volunteers look for ways to fold proteins) have shown, people like to get involved for the sheer fun of participating in real research. Chemists have found effective and even educational ways to tap into ‘citizen science’ in this way, such as the Arizona soil analysis project Gardenroots and the SHArK project that enlists young people to search for photoelectrocatalysts for water splitting.

Yet science has always been a crowdsourcing venture in a way, in that researchers build on the achievements of others. That’s most evident when a problem can be decomposed into distinct parts: a feature of many challenges in chemistry, such as multistep total syntheses. Efforts here are currently rather haphazard, but they could be streamlined to make synthesis more efficient and avoid redundant efforts in multiple labs.

In short, openness in science has always meant many things – not all of them altruistic or generous-spirited – and there is no obvious or inexorable trend towards more of it. We may yet find better ways to exploit it.