In the first of his regular columns throwing diverse aspects of science into the melting pot, Philip Ball looks at an emerging problem with proteins

In the first of his regular columns throwing diverse aspects of science into the melting pot, Philip Ball looks at an emerging problem with proteins 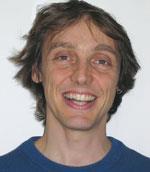 Do you want the bad news or the good news? The discovery1 that the amino acid sequences of certain types of proteins don’t have to be fine-tuned to make them liable to misfold looks dismaying - it suggests that proteins have a rather generic design flaw, allowing them to form aggregates such as the amyloid fibrils that cause Alzheimer’s disease.

But there may be a silver lining.2 According to a team at the University of Cambridge, UK, amyloid fibrils are as strong as steel and as stiff as silk, implying that protein-based materials don’t have to be designed with a highly specific sequence of amino acids in order to display superior mechanical properties.

These are the latest instalments in the ongoing story of how protein misfolding causes neurodegenerative diseases - a story that is not solely about developing clinical treatments or preventative medicines, but which goes to the heart of proteins’ role as the stuff of life. Conventional wisdom has it that the polypeptide chains of molecules have an almost miraculous ability to collapse into compact shapes that are exquisitely ’designed’ by evolution to act as catalysts. But it now seems that the correctly folded conformation of a protein may not always be uniquely favoured. Some proteins reveal a dark side: an alternative and distinctly unappealing face that molecular natural selection has not been fully able to eradicate.

Alzheimer’s disease is the prototypical neurodegenerative disease of its kind. It is caused by the deposition of protein gunk called plaque in affected neurones, formed from fibrillar aggregates of the short peptide amyloid

42). These molecules stick together in

-sheets, like those formed by fibroin protein in silk, instead of collapsing into individual globular units. It’s not clear quite why amyloid fibrils disrupt neurone function, but the same mode of aggregation has been seen in proteins associated with other such diseases. One of these, amyotrophic lateral sclerosis (better known as Lou Gehrig’s disease, after the baseball player who was struck down by it in the 1930s) has very recently been associated with a little-known protein called TDP-43, which is also apparently a pathological misfolder.3

-sheets too, but the disease-linked proteins seem particularly prone to it. Why?

Michael Hecht of Princeton University, US, and his colleagues have previously shown that alternating polar (hydrophilic) and nonpolar (hydrophobic) residues on a polypeptide chain can promote this behaviour.4, 5 That’s an uncommon pattern in proteins, presumably because evolution has pruned out these treacherous sequences. Even natural amyloid-type proteins don’t have such alternation - so it’s clearly not the only way to tip the balance towards

42 contains stretches of hydrophobic residues that have been fingered as the likely culprits of misfolding. Hecht and his Princeton colleague Woojin Kim have asked whether it’s the particular chemical nature of these residues that matters, or the mere fact of their water-aversion. They have made several mutant forms of A

42 with different hydrophobic groups, and find that these are just as prone to fibrillar aggregation.1

It seems that, in picking protein as its basic material, evolution was shackled with an inevitable drawback. ’Early in evolution, living systems had to choose a polymer backbone for the construction of functional macromolecules,’ says Hecht. ’Any particular type of backbone would be a compromise. It must have enough structure-forming propensity to favour folding into ordered structures, but should not have too great a propensity to self-assemble into aggregated structures.’

Once there, it is hard to displace.Investigating the nanoscale mechanical behaviour of amyloid-like fibrils (in this case made from unravelled insulin) with an atomic force microscope, Jeffrey Smith and colleagues at the University of Cambridge, UK, found that it is tough stuff indeed.2  This makes the fibrils very hard to degrade in vivo; but it also suggests that they could be useful materials.

Philip Ball is a science writer based in London.