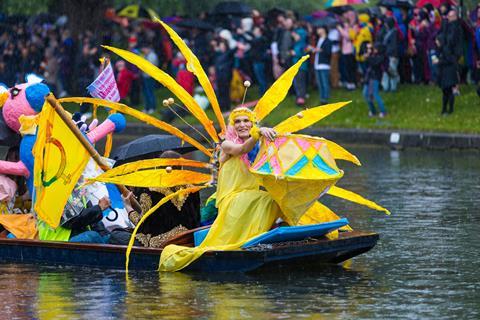 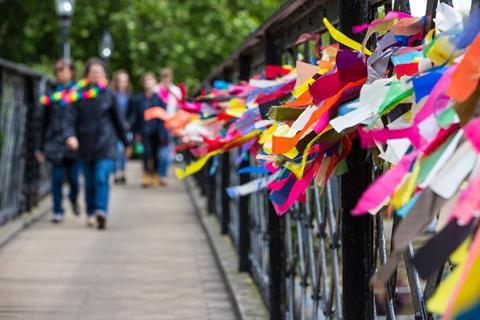 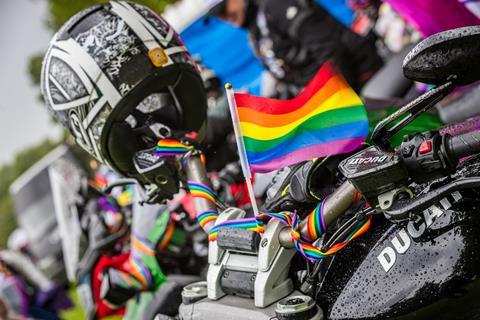 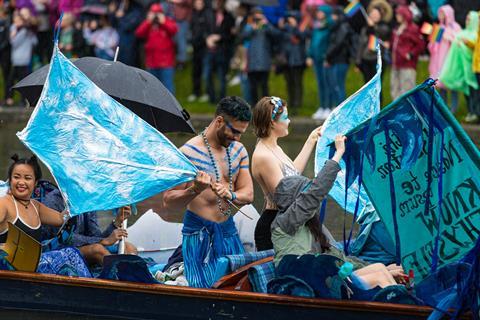 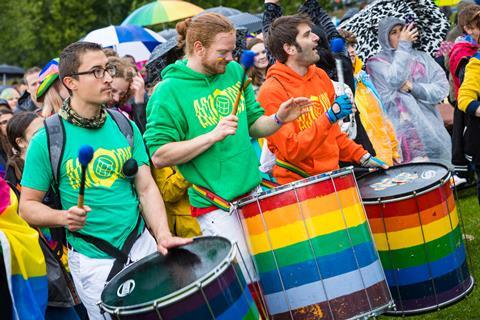 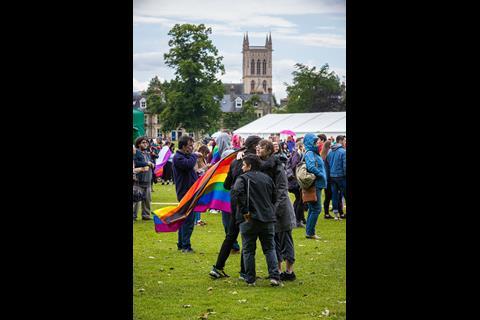 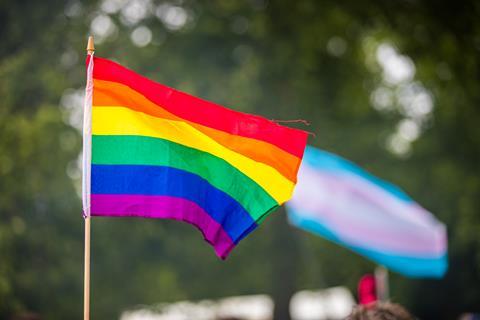 Saturday 8 June saw the first Pride event in Cambridge, UK. Thousands braved the rain to witness the river parade, in which ornately attired people piloted punts (of course) along a section of the river to the rhythm of a live samba band. I enjoyed the whole spectacle from the riverbank, a bin bag for a rain cover accentuating my already drab comparison with the elaborately decorated rainbow-flag flotilla.

For a very liberal, progressive city, it may be surprising that it has taken so long for Cambridge to hold an official Pride event. 2019 marks half a century since the Stonewall riots that brought the issue of LGBT+ equality firmly into the public consciousness. But even a brief walk around Cambridge reveals a city tightly wedded to its history – change does come to Cambridge, but often at a philosophical pace.

The report is based on a survey of nearly 900 people working in, or studying, the physical sciences. Demographic questions about gender identity and sexuality paint a picture of two different worlds within the same workforce. Although almost 70% of respondents agreed that the climate for LGBT+ people was improving, just 41% of people who describe their gender as non-binary feel comfortable or very comfortable in their organisations environment. That compares to a whopping 77% of men and 70% of women.

Even if they hadn’t personally experienced exclusionary, intimidating or offensive behaviour due to their gender or sexual identity, 30% of respondents had witnessed it in the last 12 months. Lesbians, trans or non-binary people and those who place their sexual orientation in the ‘other’ box (queer, questioning or not sure) bear the brunt of this behaviour. This may explain why over a quarter of LGBT+ scientists have, at some point, considered leaving their workplace because of discrimination.

These results were not even across the sciences – I’m sorry to report that those working in chemistry were more likely to have experienced discriminatory behaviour – 19%, versus 13% in physics and 10% in astronomy. So what can we do to at least catch up to the astronomers?

Awareness is a key first step – and the reason why a very public event like Cambridge Pride is part of the solution. Nearly half of those surveyed said their co-workers lacked LGBT+ awareness, with one mentioning an attitude that ‘private lives should stay private’. For some, especially those who are not out to their colleagues as being LGBT+, maintaining a private life can be an additional burden. Those who hide their true identity are significantly less likely to report being comfortable at work than their out LGBT+ colleagues.

Improving the workplace climate needs effort at all levels. Policies must be reviewed, updated and communicated. Answer honestly – do you know your employer’s code of conduct around bullying, harassment and pronoun use? You may just assume there’s a general policy around fairness and equality, but interpretations may vary considerably from one person to the next.

As a straight, cisgender man, it rarely occurs to me to have to self-censor when talking about my home life. It is all too easy to assume that is a privilege available to all, but these assumptions help to create an atmosphere that can – unintentionally – exclude people with lifestyles different to my own.

These assumptions are part of what helps me to feel comfortable and included in the workplace, but at Pride they all fall away. It didn’t matter who I was – even sheltering under a decidedly unglamorous bin bag on that wet riverbank, I was truly welcome.