Archaeology can offer unique perspectives on our place in the world, but the field has some challenges to overcome along the way

A recent study describing a previously unknown species of ancient human has seen the Homo family tree grow a new branch.1 A collection of teeth and bones over 50,000 years old found in a cave in the Philippines is the first evidence of a new species that the team behind the work has named Homo luzonensis. Archaeologists are very excited.

The age of the H. luzonensis remains suggest they were alive at the same time as other hominins, including Homo sapiens and Neanderthals. Some of the teeth and bones have characteristics never before seen in a hominin species. Together, these findings suggest that humanity’s evolutionary history is far less linear than researchers had previously thought.

Archaeology fully embraced scientific methods, techniques and terminology in the 1960s. Much like other fields, it is growing in sophistication and authority on the back of rigorous analytical techniques.

Two of the most important techniques are radiometric dating and isotope analysis. It’s little known, but hardly surprising, that Ernest Rutherford put forward the idea of measuring geological time using radioactivity, and today these techniques can tell us much more than just the age of an object. Bones and teeth, or even broken bits of pottery, can contribute to important social science discussions surrounding things like migration, trade, breastfeeding and rising sea levels.

The H. luzonensis fossils were aged using uranium–thorium dating. Carbon and nitrogen isotopes in skeletons and teeth enamel are chemical signatures of weaning patterns and fertility trends. And strontium and oxygen isotopes show where a person acquired food or drink when they were young so can inform migration pattern studies. 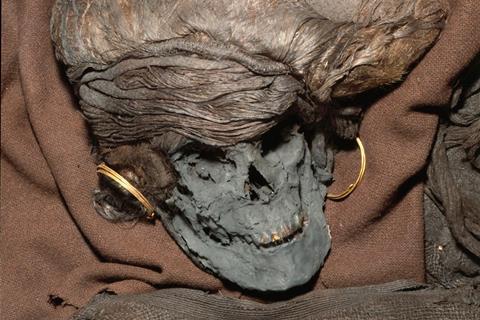 Strontium signatures from many prehistoric remains could require reinterpretation

But research we covered back in March concludes that archaeological studies based on strontium isotope measurements may be flawed. It doesn’t call into question strontium dating itself, no issues there. However, the modern agricultural practice of adding lime to soil seems to have clouded the baseline soil and water data supporting such studies. This represents a worrying disconnection between data and context. It’s no secret that a limestone-based product will contain strontium along with calcium.

Archaeological data doesn’t just build a timeline of human history. The long-term perspective it gives us can benefit today’s society and stop 21st century humans becoming ancient history sooner than we’d like. So it’s essential to use the critical thinking that early humans lacked to make sure the science underlying archaeology is right.