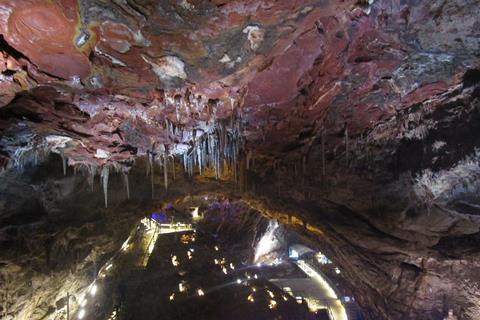 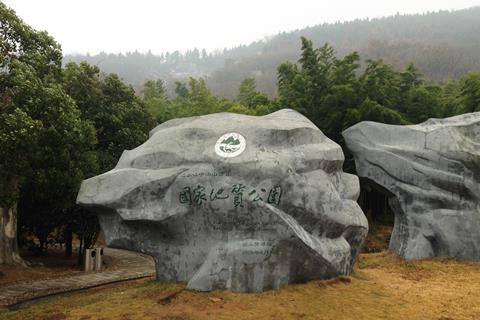 The cave system is unusual as the stalagmites have relatively little 'dead carbon' in them, making it possible to use them as a standard to calibrate radiocarbon dating against 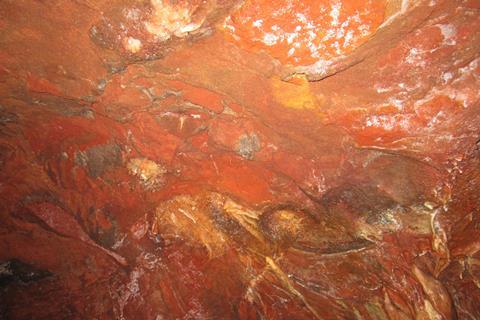 Ceiling above the stalagmite samples 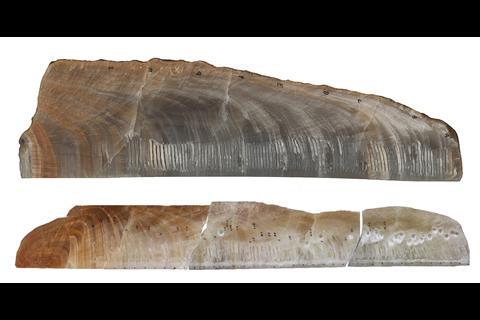 Stalagmites in a Chinese cave have given scientists all they need to reconstruct the historical record of atmospheric radiocarbon (carbon-14) back to the carbon dating limit of around 54,000 years ago. The researchers claim that the work is a step closer towards the ‘Holy Grail’ of carbon dating – precisely refining the calibration of carbon-14 against a calendar timescale so that dating of historical treasures can become ever more accurate.

Carbon dating of artefacts is possible because radioactive carbon-14 is continually created in the upper atmosphere. Plants incorporate this radiocarbon from carbon dioxide during photosynthesis. By measuring the radioactivity of an artefact that has a biological origin – anything from paper to textiles and cosmetics – its age can be calculated.

Extending the calibration of atmospheric carbon-14 to be able to date items up to 54,000 years old – based on carbon-14’s 5730 year half-life – has been challenging, however. Stalagmite-based calibrations have been attempted before by using uranium–thorium dating of their calcium carbonate content to accurately determine the age of a sample. However, they usually lack precision due to measurements of carbon-14 in stalagmites being skewed by a significant fraction of ‘dead carbon’ – essentially non-radioactive carbon which dilutes carbon-14 readings.

Hai Cheng at Xi’an Jiaotong University, China, and colleagues in the US previously discovered that a stalagmite in Hulu Cave in China showed unusually low and stable amounts of dead carbon that allowed for accurate carbon-14 calibration between around 27,000 and 10,500 years ago. Now the team have studied two older stalagmites in the cave to help take carbon dating to its limit.

‘The Hulu carbon-14 dataset provides a robust reconstruction of the atmospheric carbon-14 history beyond the current tree ring limit of around 14,000 years before present,’ says Cheng. ‘This is a substantial contribution toward the refinement of the carbon-14 calibration curve.’

To create a 54,000 year reference for carbon dating, the team determined the age of calcium carbonate at various points in the stalagmites using uranium–thorium dating. Measurements of carbon-14 were then taken which were paired with the uranium–thorium dates to accurately calibrate carbon-14 ages back to 54,000 years ago. The younger part of the stalagmite record was found to match tree ring records, while the overlapping ages of the three stalagmites were consistent, bolstering their accuracy.

‘This is a really important study that will have a great impact on a wide spectrum of the earth sciences and archaeology which make great use of the carbon-14 dating method, the most common chronometer for recent geological times, and for which the accuracy of time-scale is pivotal,’ says Biagio Giaccio, an earth scientist at the Italian National Research Council.