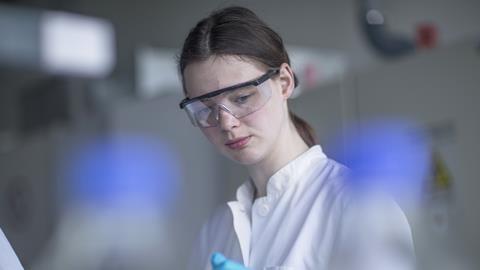 It’s now uncontroversial that a healthy working environment results in a diverse and productive workforce. Recognition, meaningful and accessible benefits, respect and dignity for all, supporting work–life balance, and fair and equitable remuneration are the best recruitment and retention tools available. When done right, organisations benefit from people that are motivated, dedicated and less likely to quit, burn-out or move on.

Creating such a workplace isn’t always simple, particularly in a complex landscape like scientific research, and more so when there are traditional roles and rites of passage that have been venerated for generations. But it’s becoming increasingly clear that we need to rethink the employment status of a significant number of those involved in research – particularly early-career scientists.

In the UK, most postgraduate researchers are still classed as students. A report from the Higher Education Policy Institute (Hepi) last year, drawing on surveys by Wellcome and Nature, found that PhD researchers were working almost as many hours a week as full professors. The surveys also reported that one in three had suffered depression or anxiety, almost two-thirds see their supervisor less than an hour a week and a quarter would change their supervisor if they could start over again. Moreover, a PhD researcher on a standard research council stipend is earning less than minimum wage when we consider the hours they put in. One PhD researcher noted in the report that, as they weren’t a technically employed by the university, they couldn’t even claim funding for childcare.

These common complaints from postgraduates have led to a call from the University and College Union for universities to provide them with basic employee rights and benefits. Among other things this would mean parental leave, a job description and better access to pensions.

These kinds of complaints aren’t confined to just PhD researchers or the UK. Last year, we explored the precariousness of postdocs – particularly how varying employment status can lead to significant disparities in job security and benefits. Job titles are part of the problem – there are 37 different designations for postdocs in the US alone, which come with varying salaries, benefits and professional-development opportunities. Last September, we also reported how postdocs at Columbia University in New York City had formed a union in an attempt to secure better employment rights.

For many doing a chemistry PhD (or postdoc) demonstrating is a (sometimes compulsory) rite of passage. Being a demonstrator gives early-career researchers a taste of teaching, builds confidence leading others and, of course, the chance to do some marking. This provides valuable insight into one part of being an academic researcher and can help them to decide whether they want to pursue this career path once their PhD is finished. It can also help them decide which track interests them most – teaching or research. But where is the line drawn? Is this valuable experience part of being a student and an educational encounter? Or is it a job that should come with the usual employment rights?

This is a tougher call for universities than it might have been prior to the pandemic. The vast majority of university administrators and department heads want everyone to receive a fair wage and the benefits they deserve. The problem that departments face now is that as we head towards a post-pandemic world budgets are likely to be squeezed as a result of the loss of income from events and cuts to some areas. But as calls grow for universities globally to extend greater employment rights to PhD and postdoc researchers it’s a nettle that they need to grasp.