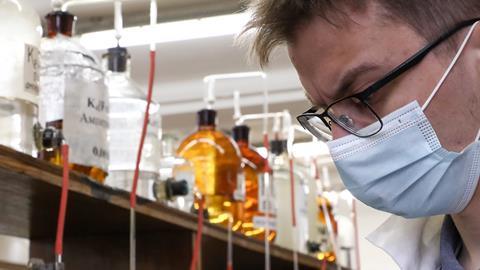 Call for postgraduate researchers to be treated like staff, not students

Universities treating postgraduate researchers (PGRs) as students rather than staff is unfair and must change, according to the University and College Union (UCU). The UCU wants universities to sign up to a manifesto it has drafted which calls for PGRs to be given basic employee rights and benefits.

The manifesto also demands that PGRs should have access to adequate facilities to complete their research together with regular feedback and support. It states that PGRs should not be required to deliver unpaid teaching duties as part of a scholarship, bursary or stipend. PGRs who teach, often known as graduate teaching assistants (GTAs), should have agreed hours and rates of pay, a job description and access to a pension scheme. Additionally, the manifesto calls for funded work extensions for PGRs impacted by the pandemic.

‘PGRs produce high-level research and also deliver excellent teaching, but for some reason universities don’t consider any of this to be work and treat them as students instead, exploiting them all the way,’ says UCU general secretary Jo Grady. ‘As a result, they miss out on some of the most basic benefits, such as access to sick leave and parental leave. This is totally unacceptable, as is the practice of making some PGRs even pay for the privilege of doing research at a university [as some PhDs are unfunded].’

A report by The Higher Education Policy Institute (Hepi) last year concluded there is a case for PhD students to be treated more like staff, even if they don’t necessarily become fully-fledged staff members. This could involve better access to pensions, for example. The report found that the average PhD student works 47 hours per week, 50% more than the average undergraduate, and three hours less than the average academic. For PhD students on the basic Research Council stipend, this equated to less than the minimum wage.

‘PGRs are angry and fed up with the way they continue to be treated,’ says Alex Kirby-Reynolds, a sociology PGR at the University of Sheffield. ‘We are overworked, underappreciated, and subject to toxic work environments. It is disgraceful that many PGRs have to pay to work for universities. We want to be paid fairly for the work we do, have access to the same rights and benefits as staff, and be adequately supported to do our research.’

‘Higher education institutions (HEIs) always want to ensure staff, whatever contract they are on, feel that they are appropriately rewarded and supported to deliver to students,’ comments Raj Jethwa, chief executive of the Universities and Colleges Employers Association (UCEA). ‘Variable contracts are used to retain the highly-valued input of skilled professionals contributing specialist teaching on specific courses. Most staff on these contracts receive the excellent benefits of working in [higher education] and value the experience and the flexibility that these arrangements offer. As part of our full and final pay offer for this year, UCEA has proposed joint work with the sector unions to develop an understanding of the issues faced by GTAs and by HEIs in their use of such roles.’

A UK Research and Innovation spokesperson comments: ‘As a funder, we recognise the important issues raised by UCU and will work with the community to consider a range of options to ensure PGRs have the right support in place, including through our work on the “new deal for PGRs” that is looking holistically to address limitations in the current system.’

Chemistry World contacted a number of chemistry departments about PGRs but none were available for comment.

Nick Hillman, Hepi’s director, points out that the list of UCU demands is growing ever longer, including pay, pensions and now this issue. ‘Managers and governors would find it enormously helpful if the UCU could prioritise their demands. In the constrained post-pandemic funding environment, they are not going to get everything they want and no one is quite certain what it is they most want.’