When springtime comes, cyclists keen and casual alike may wonder whether it’s time for a new bike. It’s an exciting prospect, but it can also be nerve-racking, especially for those of a techie disposition. 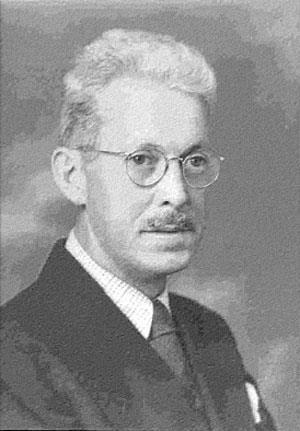 Should you go for an expensive, but aerodynamically optimal, recumbent, or a conventional diamond-framed ‘safety’ bike? And what angles for the frame? And how long the forks? Then there’s the materials. Ringing chromoly steel or 6061-6T aluminium? Should you go posh with the latest maraging SuperSteel, similar in performance to titanium, or opt for the ultra-stiff but disappointingly un-sonorous carbon fibre? Add handlebars, brakes, cranks, gearing and colour, and the permutations seem endless. Yet poring over the options it slowly dawned on me that some components were never mentioned: the bearings.

Probably invented in Roman times, the ball bearings in the hubs and cranks are the crucial links that keep everything turning smoothly. And for them to survive the brutal stresses and strains that an enthusiastic rider imposes, both the balls and their tracks must be supremely hard.

But hardness is a strange concept. As happens so often in science, an intuitively obvious idea proves maddeningly difficult to pin down.

The earliest attempts to quantify hardness were based on a sort of hierarchy of harm: a material was harder than another if it could scratch it. Greek philosopher Theophrastus described it in his third century BC treatise De lapidibus (On stones), as did Roman author Pliny the elder in AD 77. But an actual scale did not emerge until the early 19th century when German geologist Friederich Mohs placed minerals on a 10 point scale, from talc to diamond.

The Mohs scale was fine for mineralogical use, but not for engineering and metallurgy, where small differences in hardness will be hugely amplified by differential wear of critical components of machinery. Measuring the width of a scratch made by a diamond under a standard load provided a finer gradation of hardness, but this was too coarse for the engineers and metallurgists developing stiffer and harder alloys. And it failed to account for plastic deformation.

A new approach was proposed in 1859 by British chemists Crace Calvert and Richard Johnson. They pressed a steel rod with a conical tip against the material to be tested using a lever loaded with progressively heavier weights. By 1900, the Swedish metallurgist August Brinell had developed this idea with a scale based on the indentation made by a steel or tungsten carbide ball. The hardness was defined as the ratio of the load to the area of the indentation. The Vickers test, developed in 1922, involved a pyramidal indenter. But both required the indentation to be measured through a microscope, a step requiring considerable skill. At a time when heat-treated steels were becoming commonplace in the automobile, aircraft and armaments industries, a quicker, simpler method was needed. 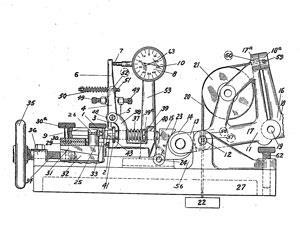 In 1914, Stanley Rockwell and Hugh Rockwell patented a new method that would transform the newly invented assembly line. Hugh was the son of the owner of the New Departure Bell Company: a foundry that specialised first in doorbells but later in bicycle and automotive components. Stanley, no relation of Hugh’s, was a young metallurgist working for the company. Finding that the Brinell indentation method was difficult to apply to small components like the tracks of bearings, they worked together to design a new tester.

They decided to implement an idea first proposed in 1908 by a Bohemian engineer, Paul Ludwik. He had argued in favour of a differential method that would minimise artefacts arising from cracking and the mechanism of the press. The two Rockwells soon developed a machine in which a standard conical tip pressed against the surface at two standard loadings. The difference in penetration would correspond to the hardness of the material, and this was read from a simple dial. The patent was issued in 1914 and sales of the new Rockwell hardness testers immediately took off.

Hugh left the company to work on his passion for flying, but patented other ideas steadily for the rest of his life. Stanley also moved on, but continued to work on hardness testing, filing a series of patents for improved designs between 1919 and 1924. He also meticulously documented his studies of hardness, publishing a crucial paper in 1922 that linked the Brinell scale to what were now several Rockwell scales to be used for different materials.

Today, almost a century after Rockwell classified hardness into six separate domains, the development of ultra high pressure science and new methods like nanoindentation have given us an increasingly detailed understanding of hard materials. But for those of us spinning down the road on our bicycles, Rockwell’s tester still ensures that our bearings have the hardness to keep on rolling.

I am grateful to Mark Miodownik and Julian Evans for their thoughts and suggestions.