Why are researchers boycotting a conference? How can Raman spectroscopy reveal the true colours of paintings? And how can shrimp shells help clean the ocean? 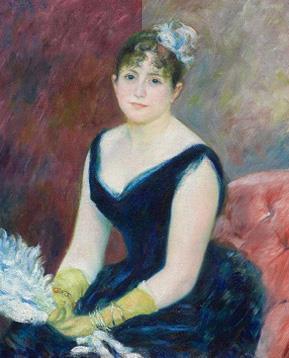 Source: Image courtesy of the Art Institute of Chicago

1.20 – Almost a thousand scientists have signed a petition protesting against gender discrimination at a flagship chemistry conference and calling for a boycott of the event. Chemists call for conference boycott over all men shortlist

4.31 – Less talk, more action is the message from the House of Commons select committee on science and technology following another investigation into why there are still so few women at the top levels of science and engineering. Commons’ report echoes past messages on women in science

7.02 – The UK’s Defence Science and Technology Laboratory has a near century-long history of working with chemical weapons. Philip Robinson met their chief technology officer, Andy Bell. Chemistry on the front line

12.50 – Scientists in the US have used Raman spectroscopy to show the original colours of a Renoir painting. Raman reveals Renoir’s true colours

16.51 – Nanoparticles coated with an inert layer of silica could be used in sunscreens and cosmetics to reduce the potential hazards of these increasingly indispensable materials. Sandy nanoparticles for safer-by-design sunscreens

18.21 – Shrimp shells that would otherwise be thrown away by the seafood industry have been turned into tough fibres that can harvest valuable metals from water. Shrimp shells to mine uranium from the ocean

19.36 – The 2013 Chemistry World science communication competition reached its climax at the beginning of March. In its second edition, it attracted almost 100 entries from every corner of the world. A wide open competition

23.52 – Where are all the LGBT (lesbian, gay, bisexual and transgender) scientists? ‘No sexuality please, we’re scientists’