Diversity breeds creativity, says Geri Richmond, but only if everyone feels part of the team

Imagine a world where music consists of only the notes A, C and F. Or where the only visible colours are red and yellow, or wood the only building material. Music would still be made, pictures painted and houses built, but those coming from a world like ours would immediately see how these limited choices affect creativity, beauty and innovation. 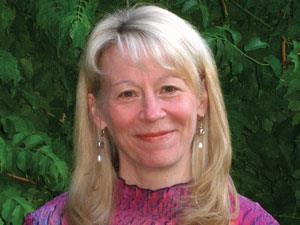 And what if only certain people played, painted or built? Only those with perfect pitch, or only left-handed people, or only men? Would the results suffer if each effort was exclusive? We have already conducted the last experiment several times, and the answer is yes. Men-only engineering teams resulted in airbags that killed and harmed the smaller bodies of children and many women, heart valves that were too big for most smaller female bodies and voice recognition systems that only performed well with male voices.

From environmental remediation to assuring clean water resources, to powering the planet, every country in the world is facing serious challenges that require a strong and innovative scientific workforce. And chemistry is no exception. Developing that robust workforce requires talented individuals from all segments of society, with a diversity of views and competencies, skills and insights.

A recent study by Forbes found that of the 321 executives at large global companies with at least $500 million (£326 million) in annual revenue, 85% agreed or strongly agreed that diversity is crucial to fostering innovation in the workplace.1

However, in science and technology, including chemistry, the demographics at all levels, and particularly in the higher decision-making ranks, are a narrow segment of the population; clear evidence that the talent pool is underused and underappreciated. Those minority group members that are courageous enough to enter the workforce in these underrepresented fields, on average, leave their chosen fields at a much higher rate. Efforts to increase the racial, gender and cultural diversity of an institution are pointless if those recruited feel restricted in sharing creative ideas, in expressing their opinions or contributing to the health and vitality of an institution.

I was recently invited to speak on the value of inclusiveness to a large and highly respected chemistry department in the US. Afterwards, in the privacy of their offices, several faculty members expressed their resonance with the topic. They felt that their physical and cultural differences from the majority of the departmental members were a factor in their perceived exclusion from departmental decisions and activities. One noted the difference when he lost his eyesight mid-career; lamenting a sharp decline in being asked his opinion on departmental issues and in social interactions. Another, an immigrant from eastern Europe, felt that cultural distance impaired his full participation in the department. At another institution, a woman, the only African American in the chemistry department, reported that over seven years she could count on one hand the number of times her colleagues had asked about her research or her opinion on a departmental issue. Although these are only anecdotes, such stories are symptomatic of a lack of inclusivity at these institutions and many others. Anyone in these situations is bound to be unhappy given that ‘opportunities to use skills and abilities’ ranks at the top of a recent list of job satisfaction drivers.2

If we truly seek diversity in ideas and creativity, and solutions to the problems that we face, we must work to ensure that everyone, at any age, of whatever gender, religion, race, ethnicity, ability or disability, has the opportunity not only to be hired, but to be full contributors. We cannot completely eliminate the inherent biases and stereotypes that we all harbour, but we can work to recognise and reduce them as much as possible.

When hiring, don’t just wait to see who applies. Work diligently in the initial stages of a search process to increase the diversity of the pool. Be proactive in seeking talent from underrepresented groups that are unsure of whether their talents would be fully appreciated in the workplace. Interview strategically. Research shows that interviewing more than one female or minority candidate can disproportionately increase the likelihood that a woman or minority candidate will be hired.

Be proactive in mentoring and nurturing all new hires, especially those from underrepresented groups. The ‘sink or swim’ mentality that is pervasive in many chemistry departments works fine for amphibians, but not for ensuring that our emerging scientists have the support and interactions they need to apply their talents and tackle the complex problems we face.

Your institution, department or research group must foster inclusivity. Treat all colleagues with respect, solicit their ideas and share your ideas with them. Embrace the ideas that might come from those with quieter voices, those with a different dialect or those outside our perceptions of the norm.

For it is only with a full symphony of talents, a broad spectrum of ideas and creativity, and an engine for innovation firing on all cylinders, that we will overcome the challenges ahead.

Geri Richmond is the Richard M and Patricia H Noyes professor of chemistry at Oregon University, US