Chemistry graduates are famously employable, finding work in a wide range of professions that demand an analytical mind. But which of their copious attributes do employers prize most highly? A US survey of people working in various chemical sectors — including pharmaceuticals, fine chemicals and biotechnology — now suggests that generic skills like teamwork and communication are valued far more highly than technical skills.[1] 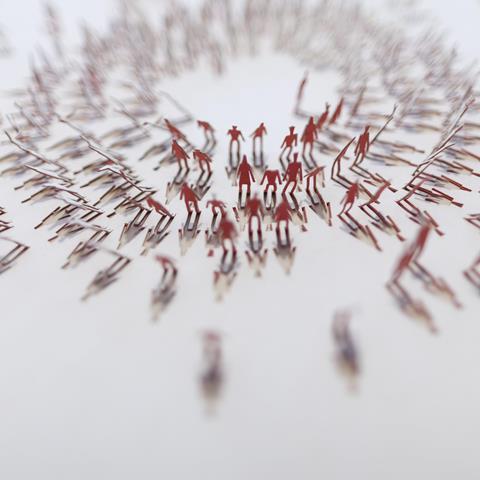 One might assume that undergraduates acquire these generic skills as an incidental part of their studies, as if by osmosis. Yet employers are increasingly calling for degrees to offer explicit training in these areas, noting that relatively few chemistry degrees currently do so.

Talk of a ‘skills gap’ between what freshly-minted graduates are taught, and what potential employers want, is not new, of course. But those concerns often focus on a lack of scientific knowledge – especially in maths. This latest survey adds to a growing pile of evidence that universities also need to do more to equip their chemistry students with the transferrable skills that meet the needs of today’s job market.

According to the survey, carried out by Anne Kondo and Justin Fair of Indiana University of Pennsylvania (IUP), 95% of employers wanted teamwork formally taught and assessed during an undergraduate chemistry degree; and 99% said that these generic skills were at least as important as a candidate’s grade point average (GPA), which classifies an undergraduate’s performance in the US university system.

That’s not to say the GPA is unimportant: most employers use it as a screening tool to decide which candidates to interview. But that bar is not high, averaging a GPA of 3.2 for a chemistry major (roughly on the boundary between a lower and upper second-class degree in the UK).

These findings are generally in line with other employment surveys. Last year, for example, Tina Overton at Monash University in Melbourne, Australia, asked recent graduates which skills they had found most valuable in their new jobs. Generic skills like independent learning, teamwork and practical problem-solving rated much more highly than technical knowledge.[2] In 2015, the Association of the British Pharmaceutical Industry (ABPI) noted that graduates’ lack of communication and teamworking skills was a growing concern for their members.

But what are ‘teamworking skills’? Most undergraduates take part in group work, usually involving classmates on the same course, where roughly equivalent tasks are shared out to achieve a common goal. Teamwork is different, though, because each participant brings some specific expertise, and relies on communication to deploy it in the most effective way. This interdependence is at the heart of teamwork. Interestingly, employers in the IUP survey said that team sports or other extra-curricular activities are no substitute for teamwork experience in the sorts of scientific problems that new hires encounter in their jobs. That sort of experience can be acquired during industrial placements, but even within a conventional course there is space for teamwork in collaborative research projects and open-ended problem-solving exercises.

Fair and Kondo are running several pilot projects at IUP to do just that. One project aims to study the effects of different alcohols on stem cells, bringing together undergraduates from chemistry and biology degrees. The chemists develop strategies to synthesise and characterise various alcohols, and the biologists test them on stem cell cultures and record their effects. Crucially, both groups meet regularly to discuss the project’s goals, share progress updates, and present the final results. Both parties end up learning something about their opposite numbers’ subject areas, but more importantly they practice how to work in a multidisciplinary team. It has been hugely popular with the students, Fair tells me, and is exactly the sort of interdisciplinary working that graduates will encounter in almost any career they choose.

Notably, this is a much more holistic approach than a peripheral, standalone training course. It means that science is not being excised from the degree to make way for communication classes; and Overton reckons that students acquire these skills much more effectively during this kind of embedded teaching.

Employers once expected to take raw graduates and train them in whatever skills were needed. Now, though, they increasingly look for employees who arrive fully-formed, or at least better-armed with generic skills. Meanwhile, more and more students go into their degree with clear aspirations about what it will do for their career prospects.

Universities have a responsibility to improve their students’ employability by meeting employers’ needs. After all, it’s hard to find a university that doesn’t boast about how it enhances the career chances of its graduates. There is no doubt that some teaching of generic skills is already found in a typical chemistry degree. But clearly it is not explicit enough.

These days, no job is for life. More than ever before, graduates need to be flexible and adaptable, and skills like teamwork and communication are absolutely fundamental to that. Over the past decade, those studying for postgraduate degrees in science in the UK have benefitted from a greater emphasis on developing transferrable skills that can be applied in a wide range of careers. It’s time to give undergraduates the same opportunities.