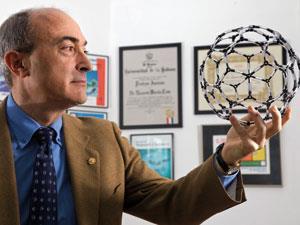 It is a basic rule in science that shortcuts don’t help in the long run. This not only applies to the practice of science, but also to the providence of science. It is well known that scientific and technological advances demand continuous financial support from government and private industry. Both these parties should understand that research is the best investment for their future, not just a chapter of expenses in the annual budget. The recent history of scientific and technological developments shows us that only those countries that maintain investment in science (even during economic crises) have been able to capitalise on scientific endeavour and so secure new industries and jobs based on creativity and innovation. In Europe, we have remarkable examples of scientifically advanced countries such as Germany, Finland and Sweden.

Spain is currently suffering a severe economic crisis and the Spanish government has carried out significant changes to the scientific landscape, provoking concern and distress among Spanish scientists. Firstly, the Ministry for Research and Innovation was absorbed into the new Ministry of Economy and Competitiveness. This drew criticism, but it need not be a negative sign if support for R&D is maintained. Indeed, prior to the most recent elections, the political parties claimed that budgets devoted to research and education would be preserved at any cost. Unfortunately, these promises have proven to be hollow and the Spanish government has now announced drastic cuts to these budgets.

In recent years, investment in Spanish science has gradually decreased. From 1.39% of gross domestic product in 2010, it fell to 1.35% in 2011 and the expectation for 2012 is for this to drop well below 1.35%. These values are far from the EU average of 2.3% and even further from the European Council’s objective of 3%. The R&D budget for 2012 is expected to be reduced by one quarter compared to last year – around EUR2.19 million (£1.79 million) less. Of course, all ministries have seen their budgets reduced but, surprisingly, the R&D figure is much larger than the average (16.9%) across all ministries. This is difficult to accept if – as successive governments have claimed – technology and innovation are to be the bases for weathering and reversing the current crisis.

These will be the largest cuts to Spanish science in decades, bringing investment to levels last seen in 2005. But translating these numbers into reality gives an even more concerning picture. The cuts will come close to halving the number of postdoctoral researchers in Spain (through the Ramón and Cajal and Juan de la Cierva funding programmes) from the 600 seen in 2011 to just 340 expected in 2012. Furthermore, with the decrease in support for projects funded by the National Plan (the main funding source for science in Spain), research groups will be stifled – forced to close some research avenues or unable to embark on new ones. Perhaps most worryingly, since Spain now has one of the highest rates of unemployment among young people in Europe, these cuts will see the exodus of young Spanish scientists to other countries, the effects of which may last for generations. This is in stark contrast to the policy of recent years to ‘capture talent’ from abroad to broaden the scope of Spanish science. So the true cost cannot be measured in financial terms; it is the credibility of Spanish science that is at stake.

Spain’s scientific reputation has been built over decades but it can be destroyed in just a few years. The Spanish government must listen to Spanish scientists and their opposition to these damaging decisions. Spanish scientists plead, once again, for the political parties to consider science not only as one of the highest expressions of human creativity but, most importantly, as a stable and sustainable means of creating a prosperous society.

The Spanish scientific system has produced world-class research institutes, outstanding research groups and even some important universities. These achievements have raised the profile of Spanish science to an international level in many areas, including chemistry. But these achievements are not enough – to build our economy and our future on knowledge and education requires a sustained effort and commitment on the part of politicians and the people. It is critical that the political class recognise science as the basis for innovation and generating new industries to release Spanish economic growth from its recent, unhealthy dependence on construction – the so-called ‘brick culture’. In this regard, Spanish scientists have a role to play in identifying science that could be used to generate spin-outs and small industries, which could also then provide funds to dedicate to basic research.

And in this somewhat bleak scenario, Spanish scientists must also act to safeguard Spanish science. We must optimise our scientific means and facilities as much as possible and, in addition to the essential Spanish Ministry funds, we must secure funding by fighting for EU projects through international collaborations, as well as approaching industrial partners. As Albert Einstein said: ‘In times of crisis, only imagination is more important than knowledge.’