For all the value it provides, analytical chemistry doesn’t get the recognition it deserves, say Mark Powell and Steven Lancaster

Lord Kelvin famously said: ‘When you can measure what you are speaking about, and express it in numbers, you know something about it; but when you cannot … your knowledge is of a meagre and unsatisfactory kind.’

Numbers are essential to science: analysis and measurement, and the data they provide, are the foundations upon which understanding is built. But for those who provide the numbers, the fundamental importance of their role is not always appreciated, and the field is struggling to recruit capable and qualified scientists. 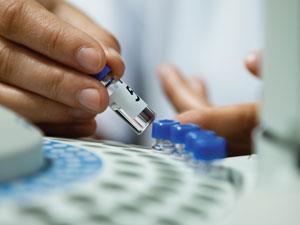 Many analysts are indeed highly valued. They are involved in method development and problem solving; they define the scope of the work and interpret the data in collaboration with other scientists. They generate value, and this is recognised by managers. They are well trained, motivated and autonomous, with a high level of support from management.

However, a great deal of analytical work is routine, where established methods determine the concentration of an analyte or analytes, or some physical property, such as viscosity or conductivity. Such analysts are often viewed, unfairly, as operators of instruments; generally it is left to others to turn the data into meaningful knowledge. When the results are correct, they are largely ignored. When they are wrong, the cost is significant.

Analytical scientists in these roles often have limited opportunities for development and collaboration. They may be managed by people who don’t understand the value of what they do. And, unfortunately, their work is often viewed as subservient to the other physical sciences and engineering.

But to undervalue this sort of work is foolish. Analytical science in all its forms makes an enormous contribution to the bottom line and we need a body of analytical scientists capable of both developing new measurement techniques and of applying those that already exist in new ways.

Analysts should not only be able to operate an instrument, but to distinguish good data from poor, and know how to diagnose and remedy problems. For example, deteriorating peak shape in chromatography can affect the accuracy of results in a number of ways, and it’s important that the analyst can recognise the problem and know how to fix it. Analytical instruments are fickle things; they produce data even when they’re not working properly. Treat them as black boxes at your peril!

With training and leadership, routine analysis could be much more rewarding, and add a great deal more value to the organisations requiring it. Enriching analyst roles would also make them more attractive as career options, driving a much needed emphasis on analytical skills for graduates. Unfortunately, candidates with good honours degrees in chemistry often lack these skills. A recent survey by the Chemical Industries Association found that over a third of companies (36%) experienced problems finding graduates skilled in analysis and 69% were obliged to provide training that they believed should have been acquired earlier. Nearly half of all training budgets were needed to close essential skills gaps.

This situation is not new: as far back as 1993, an assessment by the Laboratory of the Government Chemist concluded that there were not enough graduates trained in analytical chemistry to fill available posts. Clearly things haven’t improved. Of the UK institutions currently delivering first degree courses accredited by the Royal Society of Chemistry, only 15% offer a named qualification in analytical chemistry.

Of course, all undergraduate chemistry courses will contain some aspects of analytical chemistry and, depending on the institution, students will be exposed to a greater or lesser range of techniques in the laboratory. But this often piecemeal knowledge is insufficient for the requirements of an analytical chemistry role – we need increased provision of dedicated courses for analytical chemistry that can provide our students, and in turn our industries, with the expertise these roles demand.

And they are clearly in demand: of the graduate chemistry cohort of 2012, 22% of those in employment were working as analytical chemists six months after graduation.

Without a healthy analytical science community, opportunities for wealth creation and advances in technology within the physical sciences will be severely curtailed. Analytical chemistry provides much more than the numbers; it provides true value.

They are trustees of the Analytical Chemistry Trust Fund