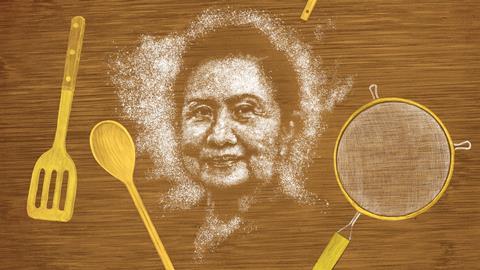 The green chemistry pioneer on making labs safer, designing a portable lab and her unusual way of cooking

Supawan Tantayanon is professor of chemistry at Chulalongkorn University, Thailand. Alongside her research in a range of applied chemistry fields, she pioneered the use of small-scale chemistry techniques in Thailand. Last year, she helped to establish the first programme for green chemistry and sustainability in south-east Asia.

Supawan Tantayanon is professor of chemistry at Chulalongkorn University, Thailand. Alongside her research in a range of applied chemistry fields, she pioneered the use of small-scale chemistry techniques in Thailand. Last year, she helped to establish the first programme for green chemistry and sustainability in south-east Asia.

In the early years of my career I had to be in the lab all day long, day after day, teaching. At that time, the world didn’t focus on safety much. In 1982 I returned to Thailand from the US and it was the same. We had fumehoods, but not the standard ones because it’s an old building, and things like that. So I felt that the situation is really bad. We’re trying to avoid anything happening to the students, but we still had the same kind of labs as four decades ago.

I felt that I would like to do something like screening all the experiments to substitute the chemicals for safer ones, or maybe change the experiment but still teach the same thing. I applied for a grant from the Thailand Research Fund, but they said ‘you have to do it with other universities’. So OK! We worked with seven universities.

I was inspired to do small scale chemistry by Stephen Thompson at Colorado State University. He showed me the experiment that is gas diffusion between an ammonia solution and hydrochloric acid. This is amazing in a petri dish, it’s a very small space but you see movement. You see a flow of ammonium chloride falling down from the cover to the bottom of the petri dish continuously. That’s really the first thing that made me decide to go for small scale.

I really want to attract more students to learn science

I designed my own portable organic lab. Everyone said because there’s no one doing this in Thailand, and because I am the one who wants to do this, I must be responsible for designing the lab wares. OK, so I did that. I wanted it to be low cost as much as possible. And also it should be something that will be convenient and handle properly. I made many prototypes before I got to the one that I decided on. It took about two years, including testing and adjusting, and everything was made in Thailand.

Many schools cannot afford to have labs. And they omit all these experiments – that’s sad! But with the small scale kit you still can learn reactions, you see the change, you can discuss and you can teach students the right concept. That’s what I’m really happy about. I really want to attract more students to learn science.

We have workshops for teachers to learn new techniques. Then I ask them to design their own experiment using just simple, local materials and we have a competition. I do the same in other Asean [Association of Southeast Asian Nations] countries. The teachers that get into the final round in each country can go to the Paccon conference (organised by the Chemical Society of Thailand), and we name them as outstanding teachers. About 10 teachers of each country come to the conference. And then they talk to each other – even though there’s a language barrier, but chemistry language is not a barrier. And they are friends. So this motivates them.

We offer a weekend programme for working people. They do a research project that has to be something that they can do in their workplace. Some projects really work, like one project about printing on polyethylene packaging. My student found a research paper that suggested polypropylene printing will be better than polyethylene because of the structure. Oh, this is interesting! Because the machine the company has can do co-injection. But they don’t have small instruments to play with. You can imagine how many tonnes of material they have to use to do research. My student said OK, we will wait until a customer order comes in. And after the order was filled, he put on a few kilos more with the copolymer. And it worked! I’m happy. And the company was also happy. They sent a sample to the customer who complained, because the quality of printing came out much better than the previous ones!

I like cooking. People are amazed at the way I cook. When I cook, I cook a lot, and then put it into portions and freeze it. This way, I have meals to serve quickly after coming home each evening. I buy things in the market once every few weeks, then clean, cut and pack in portions ready for cooking. I bring one out from the freezer in the morning, put it in the pot with the copper bottom. In the evening then it’s defrosted, ready to cook.

Every year I have one family trip overseas. Except these last two years, because of Covid-19. That’s the only way that everyone comes together. I’m the one who plans everything. My son, he’s now 40 years old, he asked can he skip one year. I said no you cannot. Even if you get married, you have to bring your wife.