The dangers of dimethylmercury

When her pipette spilled one or two droplets onto her left-hand glove, chemistry professor Karen Wetterhahn was not especially concerned. After all, she had adhered to the safety regulations involving dimethylmercury. She was wearing a lab coat, along with goggles and disposable latex gloves. And, as the substance poses a risk through inhalation, she undertook the transfer beneath a fume hood.

The minuscule spill of this clear liquid had caused her no pain or any other sensation, and she had no reason to think the incident was serious. Besides, her work was too important to spend much time indulging any fears: Wetterhahn, the first female chemistry professor at Dartmouth College, US, had obtained the largest research grant in her school’s history to study and elucidate how heavy metals impact human health.1 Tragically, they would soon impact her own.

On 14 August 1996, Wetterhahn had been preparing mercury samples for NMR spectroscopy. ‘The dimethylmercury was the standard of choice for mercury NMR since it is a pure “neat” liquid, so you did not have to worry about concentration or pH effects that may give spurious chemical shifts,’ says Kent Sugden. Now a professor of chemistry and biochemistry at the University of Montana, US, in 1996 Sugden was a research associate at Dartmouth. He had made NMR standards of nontoxic mercury salts for Wetterhahn, but when she did not get the expected results she went back to using dimethylmercury to confirm her findings. He describes her as ‘a very thorough chemist’. 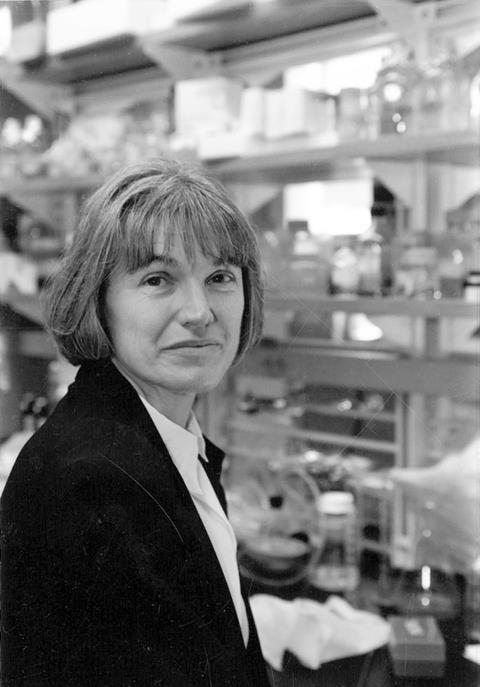 In January 1997, Wetterhahn began to notice tingling in her lower extremities. Even more alarming, she began to stumble while walking, her speech began to slur and her sight and hearing were impacted. After visiting hospital, she received a diagnosis of severe mercury toxicity. It was only then she remembered the spilled droplets; she had been unaware the substance had permeated her glove and seeped into her skin. The toxic threshold for human mercury content is 50µg/L. Wetterhahn’s exposure was around 80 times greater, at 4mg/L.

Few people in the world understood toxic metals as well as Wetterhahn did. She knew that, upon permeating the skin, dimethylmercury had a terminal destination: her brain. She commenced a treatment known as chelation therapy, which sought to convert the mercury within her body into a substance that she could excrete. However, it is easier for the body to expel mercury salts than dimethylmercury and, five months after exposure, the chance of any therapy working was slim. As her senses continued to diminish, she exhorted her department chairman to alarm persons in their line of work about the extreme hazards of dimethylmercury.

In early February 1997, just three weeks after the appearance of symptoms, Wetterhahn descended into a coma. She remained in a vegetative state until she died on 8 June 1997, aged 48, leaving behind a husband and two children.

Even before Wetterhahn’s accident, some chemists had refused to work with dimethylmercury out of concerns for their safety. Yet while the chemistry community knew the substance was toxic, it had not appreciated just how toxic it truly was; after all, the 20th century’s only other known fatal dimethylmercury accident involved a Czech chemist in 1972. Though only two documented fatalities in a century may seem surprising for such a dangerous substance, Sugden relates that dimethylmercury ‘was never commonly worked with in the lab, even among organometallic chemists’.

Within weeks of Wetterhahn’s death, Chemical & Engineering News ran a letter on her lethal accident and the alarming results of a dimethylmercury test on the type of gloves she had worn.2 An independent laboratory confirmed that dimethylmercury rapidly permeates latex. A year later, in March 1998, the US Department of Labor’s Occupational Safety and Health Administration (OSHA) issued a Hazard Information Bulletin that recommended the avoidance of dimethylmercury unless absolutely necessary.3 The bulletin also urged that, aside from wearing a face shield, anyone working with dimethylmercury should wear Silver Shield laminate gloves beneath abrasion-resistant outer gloves. Furthermore, laboratory workers were to report any spills and receive immediate medical attention, and anyone who consistently worked with dimethylmercury should receive periodic tests of their blood and urine.

OSHA fined Dartmouth $9,000 (£6890) for what it considered the institution’s failure to provide adequate caution, particularly about the shortcomings of disposable latex gloves. Sugden points out that, when dealing with toxic substances, labs have shifted from latex gloves to nitrile gloves, which are less porous, and remembers stories about other campuses purging any stock they had of dimethylmercury in the aftermath of Wetterhahn’s tragedy. He believes that the substance is no longer obtainable by purchase, ‘even if you wanted to work with it’.