The importance of inventory management

The worst job in any chemical research laboratory is taking care of the inventory. The tallying and organising of old chemicals isn’t glamorous. Do you really want to titrate that old n-butyllithium, or are you going to succumb to the siren call of ordering a new bottle for that special reaction of yours? 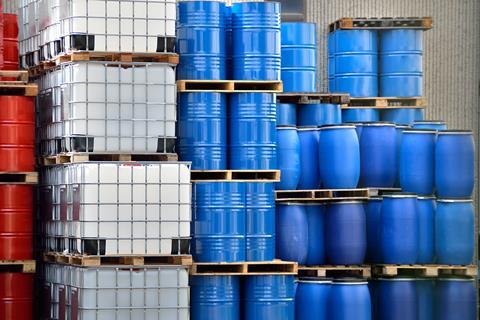 Neglect and disorganisation is the wrong approach, of course. A well-run laboratory will have an efficient means of entering bottles of chemicals into the inventory and tracking their lifetime and usage. At a minimum, the laboratory cold storage units should be emptied once a year, and each item examined carefully to determine if there is value in keeping it around. A two-year-old bottle of silver triflate is still good, and is probably expensive enough to keep, but if you have a six-year-old bottle of phenyl magnesium bromide in tetrahydrofuran it’s probably all a mass of magnesium salts now. Time to open that bottle and quench it with a high-molecular weight alcohol – or better yet, turn it over to the environmental health and safety experts.

What does this look like on the tonne scale in a chemical manufacturing facility? If it’s a single-purpose facility, you’re going to rely on a simple principle: first in, first out. I recently toured a facility that made over 20 tons a month of a single product. It had two 12,000 litre tanks of one material and then pallets and pallets of the other material – and that was about it. You can bet that no particular molecule of reactant had been at that plant for more than a month. However, when you work at a custom manufacturing facility that will change products frequently, you’ll have a warehouse burgeoning with 200 different reagents, solvents and reactants for the 5–10 projects that you might be working on.

As in a research laboratory, manufacturing facilities need to have someone who is responsible enough to make a stink (sometimes literally!) about the three battered-looking rusty drums of some random acid chloride. Those warehouse managers are also experts on the stability of their products – while you may not remember the two year old drum of tetrahydrofuran that might be generating peroxides, they certainly are. They will want that particular drum to be used in the upcoming Grignard manufacturing campaign, and they will have it tested (safely!) by the quality control laboratory.

Organic peroxides are common enough to be a concern in both the research laboratory and the large-scale chemical plant. When etheric solvents are exposed to oxygen, peroxides often form (unless in the presence of sufficient quantities of inhibitors like tert-butyl hydroxytoluene). They can be unstable and can explode. That’s why it’s good for research laboratories and chemical plants to track their etheric solvents and keep inventory levels low.

But what happens when you are a chemical manufacturer and your business is making and selling organic peroxides? In August 2017, a Texas facility that manufactures peroxides for the polymer industry was in the path of Hurricane Harvey, a Category 4 storm. The facility had over 158 tonnes of peroxide products, most of which needed to be kept refrigerated. Some of them had a self-accelerating decomposition temperature (SADT) as low as -5°C. 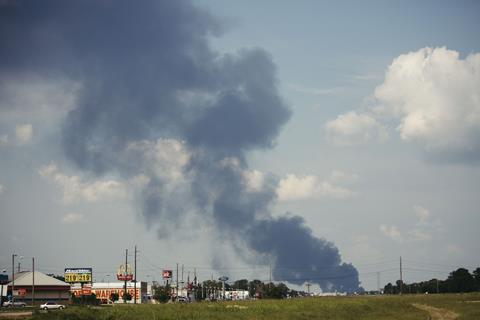 The plant featured multiple systems designed to keep their peroxide products below the SADT. It had refrigeration systems within its specialised warehouses, emergency generators for those warehouses, liquid nitrogen available in case of additional power failures and refrigerated trailers for temporary storage. However, all of these layers of prevention had a single point of failure: they were all vulnerable to the flooding that Hurricane Harvey brought, caused by a metre of rain falling over seven days. The heroic efforts of the ‘ride-out crew’ to transport the products by truck and hand to keep them cool were for naught, and the crew members were eventually evacuated because the company felt that they could no longer be safe. Because of this, the peroxides went above their SADT and burned, sending out plumes of smoke that caused several first responders in the area to fall ill.

Hindsight is extraordinarily clear – if the plant managers were aware that the facility was prone to that level of flooding, they would have done whatever was possible to evacuate their products in time. As the effects of climate change increase over this century, chemical plants will have to be aware of flooding risks, and make sure that assumptions made in the 1950s are updated.

The best chemical safety thinking starts long before you are quenching an old reagent behind a Plexiglass shield or moving organic peroxides in a storm. Keeping your inventory of chemicals up to date and as low as practically possible are ways of keeping a tidy facility – and of keeping your co-workers safe as well.