Perkin would contemplate no other future but to study chemistry

In 1850, when William Perkin was about 12, a friend showed him some simple crystallisations from his chemical cabinet. Thereafter Perkin would contemplate no other future but to study chemistry. That event, which sparked the career of one of the UK’s most illustrious chemists, prompted me to ask experienced RSC members, who have dedicated their working lives to the chemical sciences, at what age they had first been ’turned on to chemistry’, and who or what had brought that about. 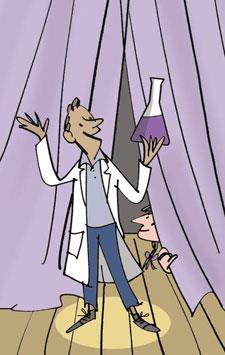 The results revealed an intriguing distribution, peaking sharply at 11 years of age. This means that at least 36 (38 per cent), and possibly up to 56 (58 per cent), of the 96 respondents had had their interest in chemistry stimulated while still at primary school. Of these, at least 26 said they owed that stimulation to experimenting with chemistry sets – typically gifts from parents or purchased piecemeal themselves. However, only one respondent attributed his initial stimulus in chemistry to a primary school teacher, which fits with the observed paucity of professional chemistry competence among teachers in primary schools today. Ominously, a similar chemistry education gap has recently been recognised in English secondary schools, with many students being taught by non-specialist chemistry teachers.

In his book, Outliers: the story of success, Malcolm Gladwell observed that subjects like chemistry require about 10,000 hours of study before embarking on a relevant career. The steep fall in chemical inspiration at higher ages in our survey strengthens the argument that it is a subject that needs to be studied from an early age, and that it now suffers from a serious early education gap.

In an effort to promote awareness of science in underprivileged London communities, I thought that emotive stories of historical chemists might be an effective way to kindle interest in the subject. I soon realised that this could be achieved very effectively by engaging the children of my (mostly) adult audiences.

Some years ago I visited a primary school in the Elephant & Castle area of London, and related the sad story of John Newlands’ development of his ’Law of Octaves’ theory of elemental periodicity - which was ridiculed by the Chemical Society and subsequently overshadowed by Mendeleev’s periodic table. The audience of 10 year olds were so taken with the tale that they wanted to act it out.

This began a series of successful dramatisations of chemistry stories, which have proved to be a fun and effective way to instil chemical, clinical, social and historical knowledge in individuals as young as 6 years old, and hence an ideal method to help plug the educational gap that this survey has highlighted. 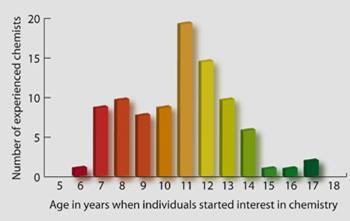 A W Hofmann, Perkin’s mentor, instilled youngsters with the idea that research should be directed towards promoting knowledge and improving benefits to society. Filling the primary educational gap in chemistry offers potential to fulfil both these goals – as did Perkin’s own 'last retort' when he expressed his fervent hope for a better, surer future for the children he could hear singing in the cultural, spiritual, and educational meeting place he had built for them nearby.