The value of waste

Climate change and plastic waste are both thorny, global issues. They cannot be solved by any one company, government or activist group alone. They require a massive convergence of political and commercial will to fundamentally change the way the world approaches environmental emissions – be they greenhouse gases or plastic. 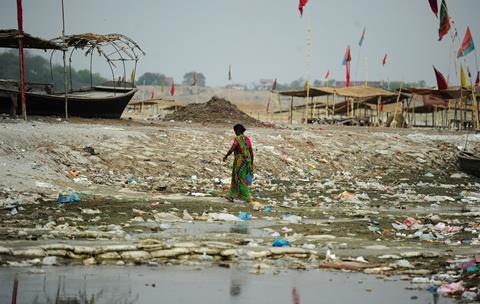 While much ocean plastic originates in 10 rivers, a significant portion of that waste was originally exported from richer countries. It is our collective responsibility to solve this global problem

One way to frame this change is to recognise that these materials should not really be thought of as waste, but valuable resources that are leaking from our processes and supply chains. The environmental cost of carbon emissions is well established, but we are yet to reach political consensus on a way to properly capture that as a financial cost. Without a lever that hits companies’ bottom lines, it is much harder for those who want to make the effort to develop lower-carbon processes to justify the required level of investment. Particularly if their competitors are not moving in the same direction, and their customers are unwilling to pay a premium price for a greener product.

Nevertheless, more far-sighted companies – including many in the chemical industry – have been working to reduce their carbon intensity for years, in the knowledge that this will often make processes more efficient and reduce costs in the long term. At a recent press conference, BASF chief executive Martin Brudermüller reminded journalists that the company has halved its greenhouse gas emissions since 1990, while simultaneously more than doubling production output. That means a lot of the easiest efficiency savings have been made.

However, the firm continues to invest in long term projects that will lead to greater emission reductions. One example is attempting to replace the gas-fired furnaces in its crackers with direct electrical heating coils. If the company can overcome the significant technological challenge this entails, and can provide the required electricity from renewable sources, such a switch could reduce the emissions from the crackers by almost 90%. But that’s a big ‘if’.

Likewise, plastic that is currently treated as waste has huge potential value. But to capture that value we need to build the appropriate infrastructure – both physical and political – to intercept the materials before they enter the environment. It will also require education at levels ranging from government leaders to some of the world’s poorest communities, where some of the biggest plastic emissions enter the world’s waterways.

This is the focus of the Alliance to End Plastic Waste, a collaboration between governments, companies and activists launched in January. According to the Alliance, 80% of ocean plastic comes from land-based sources, and 90% of that is transported by 10 river systems, predominantly in south and south east Asia. The Alliance has committed $1.5 billion over five years for projects ranging from clean-up activities to new recycling technology, and aspires to attract billions more. This is the first step in a coordinated effort, and it reminds us of our collective responsibility to tackle these global problems. Not least because a significant portion of that plastic waste was exported from the US and Europe in the first place.