Tragedy of the Commons? 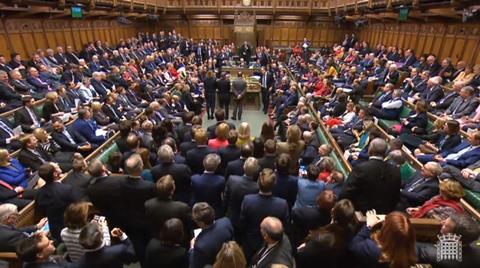 The problem with Brexit is that it’s been all things to all people. When the referendum campaign was underway the talk was all about retaining many of the benefits of membership of the EU but without the responsibilities. Those campaigning for leave were part of a broad church that included people that wanted to stay in the single market but restrict freedom of movement, those that sought a Norway style relationship with the EU or even something modelled on the recent trade deal with Canada. ‘No-deal’ and ‘WTO terms’ weren’t phrases that I remember being bandied about – they seemed unthinkable at the time. But with the UK now just a month away from leaving the EU, this ‘all things to all people’ approach has left the nation in a sticky situation.

While having a big tent to hold all those determined to leave the EU made a lot of sense in the early days it’s now an encumbrance. When an agreement was reached between the government and the EU, this deal led to the big tent collapsing. MPs from both sides of the aisle have no time for prime minister Theresa May’s deal – for a range of very different reasons – and the government itself is divided on what form Brexit should take. This means the default position – crashing out with no-deal – now looks much more likely.

G K Chesterton’s old saw of ‘don’t ever take a fence down until you know the reason it was put up’ seems particularly apt right now. Membership of the EU conferred a whole host of benefits and support for science was one of them. May’s withdrawal agreement would maintain the status quo for science during the transition period, so has much to recommend it from a research perspective. But with the country sleepwalking towards leaving the EU without any kind of agreement in place the alarm is being sounded by the Royal Society of Chemistry and other science organisations about the damage this could do to one of the UK’s most successful sectors.

UK science is now left facing a range of unappetising no-deal outcomes. These include finding itself shut out of funding schemes such as the European Research Council, losing almost half of its European funding in the process. The government has offered to make up the shortfall in some areas up to 2020. What happens after this is anybody’s guess. But the end result I fear most is not the short-term shocks of crashing out unprepared. It’s a slow, gradual bleeding away of the strength of UK science. Death by a thousand cuts where a drop in European funding leads to a shrinking research base with reduced access to world class European infrastructure. This in turn could means less top flight research and fewer collaborations across Europe. Watching the UK cede its place at the top table of science isn’t something anybody voted for.