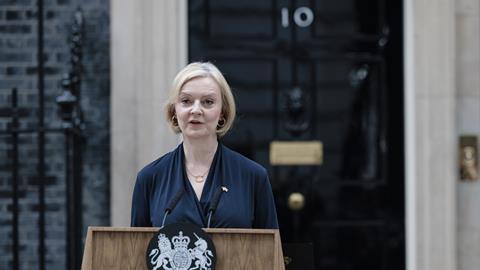 It has started to become a cliché in this publication to talk of UK science’s need for stability to thrive. What the government has delivered in recent years has been anything but, however.

Liz Truss’s short-lived premiership is now doomed to be immortalised as a pub quiz question after lasting just 45 days – the briefest term of any prime minister. (Trivia fans might be interested to learn that you’d need to go back to 1827 to find the previous holder of this record, George Canning, who died in office after 119 days.) Her chaotic time in office is now certain to be followed by further upheaval as government offices are once more reshuffled.

Since 2016, the UK has been served up a smörgåsbord of veritable uncertainty. The country has seen four prime ministers come and go. The post of science minister has changed hands seven times. Brexit has left the UK adrift from some of its most important continental links including the €95.5 billion (£84 billion) Horizon Europe programme. Universities also face a funding squeeze from capped tuition fees and rising pension costs. And to top it all off the eye-watering increase in energy prices this winter will mean every research-intensive business and institute will be left counting the cost of keeping the fume hoods on.

Senior leaders of organisations charged with standing up for UK science and making sure the government hears its voice must be left tearing their hair out in frustration. The new science minister, Nusrat Ghani, was only announced at the start of October after the last incumbent resigned in July. Ghani’s appointment came after an unusually long hiatus that left some wondering whether there would be a minister covering science at all. The Campaign for Science and Engineering still features a profile of Nusrat Ghani on its homepage, for example, but it seems highly unlikely Ghani will still be in place in a couple of weeks time as the next prime minister seeks to sweep away the Truss era.

What UK science needs most from the next government is calmer waters. On the wish list are efforts to get Horizon Europe back on the agenda, as researchers are left in limbo over the future of the UK’s participation or any mooted domestic replacement. Coupled to this would be a commitment not to cut R&D spending and protect the tempting pot of £6 billion reserved for participation in EU science programmes. The incoming government could also show that it believes research will drive growth and is the best way to tackle the country’s problems, including climate change, by making good on previous promises to boost R&D spending to £20 billion a year. But with Jeremy Hunt, the chancellor (for now) refusing to rule out cuts to R&D, choppy waters are still likely ahead for the nation’s research enterprise.