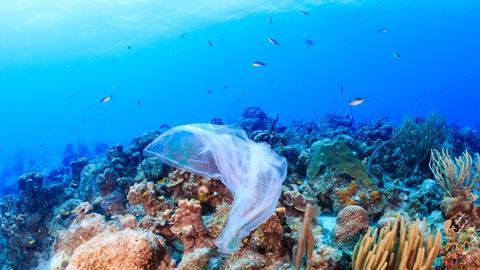 In May, the American explorer and businessman Victor Vescovo piloted a submarine into the Mariana trench, descending almost 11km beneath the surface of the Pacific Ocean. His dive took him deeper underwater than any human has been before (albeit only breaking the previous record by a few metres). On his journey he discovered four new marine species and, at the bottom of the Earth’s deepest trench, thousands of kilometres from the nearest human population, a plastic bag.

You’re probably familiar with the story – if not this particular news item, then certainly the narrative that couched the subsequent coverage: humans are changing the planet for the worse. Plastic pollution in particular is a bête noire of environmentalism and Vescovo’s find neatly captures the zeitgeist, but it’s far from proof of the problem. That requires evidence.

And it turns out the trench is a rich vein for that evidence. In February, a study published in Royal Society Open Science found microplastics in the crustaceans that live there. And a paper published in Geophysical Research Letters in April found evidence that the fallout from nuclear tests in the mid-20th century has also made its way into those same organisms in the form of raised 14C levels. As for plastic pollution, a study in Science Advances in 2017 looked at the fate of all plastics ever made – of 8.3 billion tonnes estimated to have been produced, almost 80% has become waste. The evidence is all there.

Each of these studies was covered by news outlets, and they all tell a similar story, but none of them made waves the way that Vescovo’s dive did. They lack the visceral punch of watching someone come face to face with their own mess; all our carelessly discarded trash embodied by a pale revenant encountered in the darkest spaces of our home. Indeed, the early coverage even misreported that it was ‘candy wrappers’ that had been found, an error that was subsequently corrected by Vescovo’s team. It’s not clear where this inaccurate description came from, but it’s easy to see why it stuck: its narrative heft makes for a much better story – a succinct, shareable shorthand for anthropogenic pollution and a culture of disposable consumerism.

But on its own, the story of Vescovo and the bag lacks substance – the evidence and context that give the full picture. As Philip Ball wrote recently, narrative is a powerful tool in science communication. Yet a compelling narrative must be treated carefully or it can take on a life of its own, outgrowing the facts. The bag is a neat hook, but it’s not even close to the whole story. Getting the balance right between the science in the story and the story about the science is tricky and in the compromise we risk misrepresenting the truth. Science strives for more and better knowledge, and knowing if and how our knowledge is deficient or uncertain has to be part of the discussion.

As our knowledge improves, the uncertainties resolve and the story develops and changes. And we’ll also make mistakes and get things wrong. Being honest about the limits of our knowledge, about what constitutes evidence and about our capacity for error, makes it harder for those who would rather ignore the evidence to use these things as ammunition and weaken science’s role in society. Scientific solutions are our best hope of tackling the very real problems of pollution and climate change; we cannot afford to let that happen.