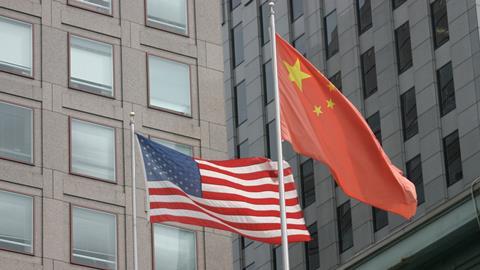 Unbend the spirit of science

In the US, there is evidence that racist attitudes against Asian American and Pacific Islanders (AAPI) are increasing. Anti-Asian hate crimes have risen dramatically over the past two years. From March 2020 to September 2021, a total of 10,370 hate incidents against AAPI people were reported by the group Stop AAPI Hate, which tracks cases. And these are only the cases that are reported.

In the scientific community, we might like to think that racial biases do not exist. Yet researchers in the AAPI community are continually confronted by racial disparities. This is despite processes and declarations that scientists have put into place to keep their work bias-free, including being transparent and disclosing all conflicts of interest from any sources that would inhibit unbiased results.

Much of the problem is that racial biases are embedded in our institutions. Structural or systemic racism, as referred to by sociologists, is the concept that institutional policies and practices are based on a set of assumptions that inherently disadvantages communities of colour. But recent US government policies have also created a challenging environment for scientists of Chinese descent.

During the Trump presidency, multiple actions taken by his administration eroded scientific trust and created a hostile environment specifically for scientists who are trying to serve the public. Among all the actions taken, the US Department of Justice’s China Initiative has resulted in specific racial profiling and harmed technological competitiveness. The China Initiative was designed to counter Chinese national security threats and protect America – but as a recent investigation by the MIT Technology Review showed, it has been extended to persecute and prosecute almost any academic with ties to China.

Now, the results of a joint research project by Committee of 100, a non-profit membership organisation of prominent Chinese Americans, and the University of Arizona, provide some data on the impact of the China Initiative. 1949 scientists at top US colleges and universities, including faculty, postdocs and graduate students, participated in the survey. The resulting white paper Racial Profiling Among Scientists of Chinese Descent and Consequences for the U.S. Scientific Community unveiled findings that demonstrate a consistent pattern of racial profiling in scientists of Chinese descent versus their non-Chinese counterparts. Researchers of Asian descent also reported difficulty in obtaining research funds, greater professional challenges and setbacks, and fear and anxiety that they are surveilled by the US government.

Compared with scientists of non-Chinese descent, scientists of Chinese descent are more likely to have purposely not pursued federal funding for fear of increased scrutiny due to their race. This can lead to smaller teams, downsizing of projects and working with reduced resources. Scientists of Chinese descent have also started to consider working in less hostile climates outside the US. The enrollment of new graduate students from China is declining. ’We don’t do anything wrong,’ noted a Chinese American mathematics professor who participated in the survey. ‘Science has no borders. International collaborations should be encouraged. But under the China Initiative, who knows what will happen?’

’What is clear from this research is that US scientists and researchers of Chinese descent and non-Chinese descent experience the world and their work very differently because of racism, stereotypes, xenophobia, and government policies,’ said Jenny Lee, professor in the Center for the Study of Higher Education at the University of Arizona, who helped lead the study.

For decades, American science and engineering have depended heavily on talent from abroad, including those from China. There is no doubt that the China Initiative is driving Chinese talent away from the US and damaging the country’s overall competitiveness. The survey exhibits evidence that the China Initiative is deeply flawed not only because of its racist bent, but because it strangles the spirit of scientific research and collaboration. Government policies have a direct correlation with and impact on advancements in life-saving innovation and technological breakthroughs. We need to move beyond the stereotypes of the perpetual foreigner and halt the xenophobia being directed at Chinese Americans and the entire AAPI community.