Peering into the darkness

Uncertainty is anathema to industry. Trump and Brexit are frustrations, but the wheels do not stop.

Donald Trump’s election as the next president of the US provokes mixed responses from industry. Some will take heart from his campaign pledges around making the business environment more favourable, while others will be wary of his threats to derail the newly reformed Toxic Substances Control Act chemicals regulations that have taken years to agree.

But the biggest immediate impact is the uncertainty around what a Trump presidency really means. In politics, there is often a world of difference between what is said on the campaign trail and what can be implemented within the more constrained reality of the Oval office. 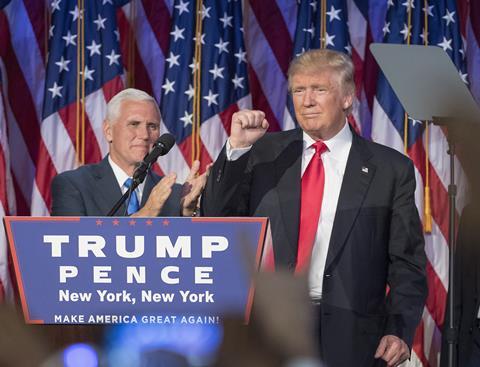 Trump’s unpredictability is a significant worry for industry

The US is a mature democracy, with checks and balances in place to prevent executive power being exercised unilaterally. And despite the Republican party winning control of both chambers of Congress, they are not united in supporting the president-elect. Perhaps there was a hint of recognition of this in Trump’s victory speech, which had a markedly different and more cooperative tone than much of his campaign rhetoric. It’s hard to be sure, but there are already signs of him back-pedalling on a whole host of promises.

However, few companies have the luxury of being able to sit back and wait to see what emerges. Manufacturing plants keep pumping out their products, which need to be sold; negotiators continue to agree contracts up and down supply chains – with investors, partners and suppliers across the world; and regulatory experts work to ensure compliance with the latest rules.

These factors go some way to explain why industry bodies have rushed to open dialogue with the new administration. Making their voices heard not only allows them to stress the effect uncertainty has on the industry, but also to potentially influence decision-making in crucial policy areas. Whatever the outcome, companies will need to adapt to functioning in the new political environment. Those changes have associated costs.

Similar arguments apply to the UK’s decision to leave the EU. Uncertainty over access to the common market and trade deals, movement of employees across borders and divergence of regulations all dampen companies desires to invest capital in new projects, putting off decisions about where to expand or renew infrastructure. It also makes outside investors more likely to hold back their funds, which hits growing companies the hardest.

Even if there are positive eventual outcomes from these decisions, they will need to be weighed against the cost of lost opportunities.