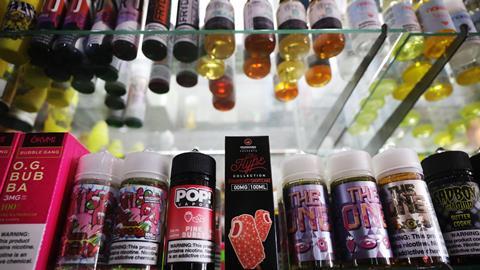 The outbreak of a severe lung disease among young and previously healthy e-cigarette users has hit the US. Having made 530 people ill and killed seven others it has brought the US vaping industry to its knees, frightening users. Since emerging in August, this public health emergency has led some US states to ban flavoured e-cigarette products, with the US Food and Drug Administration (FDA) announcing plans for something similar.

Although the outbreak has been limited to the US, it has sparked global concern. Following US developments, India has banned the sale of all e-cigarettes.

The FDA has now collected more than 150 vaping product samples for analysis at its forensic chemistry centre. The number of samples continues to grow, and the agency is looking at a broad range of chemicals, including tetrahydrocannabinol (THC) – the main psychoactive component of marijuana – and other cannabinoids, along with nicotine, opioids and diluents, as well as other additives, pesticides and toxins.

But the main suspect is vitamin E acetate, which e-cigarette makers – particularly those on the black market – have recently started adding to THC oils as a thickener. However, the lab analyses are not conclusive. There does not appear to be one common factor in all these respiratory disease cases. But in the interim, officials are pointing the finger at illegal vaping products containing THC and cannabis.

As the world waits for clarity, patience is required. A knee-jerk reaction could create its own public health crisis. Broad bans could create a large illicit market for flavoured e-cigarettes and e-liquids that are completely unregulated. Then, if people fall ill the problem of tracking the problem to its source becomes even harder.

But beyond this recent epidemic, research is taking a deeper dive into exactly what’s going on – chemically speaking – in e-cigarettes. Duke University researchers have just been in the news after they detected pulegone – a potential carcinogen – in menthol and mint flavoured e-cigarettes. And earlier this year, Harvard researchers found that two common e-cigarette flavouring chemicals – diacetyl and closely related 2,3-pentanedione – could damage airways.

While tobacco is a relatively uniform product, the wealth of flavourings and other ingredients going into e-cigarettes make working out what’s going on each time a user inhales an extremely complex task. But step-by-step the unique chemistry taking place during vaping is being unravelled. The regulatory agencies have got their work cut out keeping up.