Up the carbon path

Carbon is puzzling stuff. A common form is black charcoal, made by heating wood. Strong heat may even turn the solid to a vapour, rather than to a liquid. Elemental solid carbon seems to be an atomic polymer. Indeed, textbooks often contrast its graphite structure with its diamond one. A chemist might expect another structure with long straight chains of coupled ethyne units but as Nobel laureate Harry Kroto has pointed out, those chains would explode as they get close and crosslink (see Chemistry World, November 2010, p37).

Chemists use charcoal as an absorbant – ‘charcoal filtering’ is often employed to clear colour from a solution and it has been used in gas masks, too. I have read that during the first world war, the authorities encouraged people to buy coconuts, because their shells made good gas mask charcoal.

The military uses of charcoal also include its inclusion in gunpowder. It vaguely pleases me that military attempts to make a new carbon material for gunpowder have failed. Natural wood charcoal, ideally from beechwood, seems better than any alternative.

While carbon does burn, there is something unusual about the interface of carbon with air. Air, with its oxygen, is a ferocious chemical agent. Almost all metals have or rapidly acquire a thin oxide film on their surface – the ‘noble metals’ may be an exception. Other solid surfaces may also carry a surface oxide film, created by reaction with atmospheric oxygen. I ponder that there may also be ‘noble’ solids – glass and ceramics come to my mind – which do not have an oxide coating. Surface oxide films deserve chemical thought.

In particular, let us wonder about the oxide film on solid carbon. Without the use of stronger oxidisers than air, this doesn’t happen.

I recall the carbon-granule microphone, patented by Henry Hunnings around 1870, and still in use in telephones a century later. It is simply a small container of carbon particles, whose electrical resistance varies according to how the carbon particles are compressed by incident sound waves. 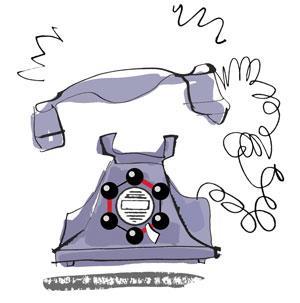 Thomas Edison’s carbon transmitter for the telephone was a button of compressed lamp-black carbon touching a surface. Its electrical resistance varied with sound and greatly improved the early telephone. I now wonder how much trouble Hunnings and Edison had in finding a good material for their microphones. How did Hunnings discover, for example, that carbon works in a granule microphone while iron filings do not? I suspect that solid carbon, being free of an insulating oxide layer, makes much better and more stable electrical contacts than iron filings.

Our amplifiers and radios generally have at least one volume control, a slider that moves around a circular carbon track. All these gadgets depend on an initial electrical signal. That signal, created at the very beginning of the sound chain, enters a recording desk where professionals ensure that it has the right level with control sliders using carbon tracks. I suspect that the manufacturers of volume controls and sliders have found that a carbon track works reliably, while other track materials do not.

Only carbon seems to combine electrical conductivity with the freedom from an insulating oxide layer. Even when the track is deliberately non-linear (and many volume controls try to be logarithmic with angle of turn) carbon remains the material of choice. I once took a modern telephone apart, to look at the push-button system which has almost totally replaced the old rotary dial. Those push-buttons still use black carbon pads.