A plan to build our genome from scratch should be challenged on its scientific merit, not whether it is creating life, argues Philip Ball 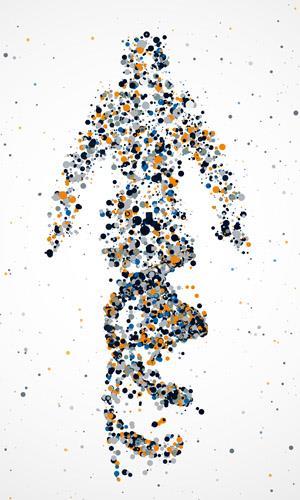 Are we no more than the sum of our chemical parts? That question has haunted us at least since French physician Julien Offray de La Mettrie argued, in 1747, that humankind is a mere machine: a particularly sophisticated automaton like those with which ingenious inventors were, at the time, astonishing well-heeled audiences in Parisian salons.

That view was scarcely less shocking more than a hundred years later, when Thomas Henry Huxley asserted in 1874 that animals (of which Darwin had made humans one such) were indeed automata, and that notions of free will, consciousness and the soul were nothing more than illusions conjured from particular brain states in response to outside forces.

This thoroughly materialistic view of life wasn’t based on La Mettrie’s Newtonian machines, however, but on chemistry. The common view in Huxley’s day was that life was a question of chemical composition, and Huxley believed there was a primal living matter he called protoplasm. ‘The researches of the chemist have revealed a … striking uniformity of material composition in living matter,’ he said. In the 1850s Huxley claimed that this protoplasm was the organic slime in which tiny marine organisms seemed to be embedded on the sea floor, made up of only carbon, nitrogen, oxygen and hydrogen. This stuff turned out to be an artifact of reactions involving the alcohol used to preserve specimens, but Huxley’s idea that the properties of living matter ‘result from the nature and disposition of its molecules’ has become the orthodox view of a material conception of life.

With the advent of molecular biology in the early 20th century, the focus turned away from mere composition to an understanding of that ‘disposition’: not just what life’s molecules are but how they are organised. In 1953 DNA was found to be source of that organisation, with the result that life came to be seen as ‘informed chemistry’, directed by information residing in our genes.

We need this perspective to approach the proposal by George Church of Harvard University, US, and colleagues for a ‘Human Genome Project–Write’ (HGP–Write); the original Human Genome Project being HGP–Read. Church aims to build a complete human genome from scratch, using the clever synthetic chemistry now routinely used to make much shorter stretches of DNA with specified sequences.

It’s tempting to portray this as a ‘chemical synthesis of a human being’ – which connects Church’s ambitions to the hubris most famously explored in Mary Shelley’s Frankenstein and Aldous Huxley’s Brave new world (Aldous was Thomas’s grandson). With such emotive associations, any hint of secrecy easily arouses suspicions of mad scientists plotting something diabolical.

Church and colleagues admit that their scheme is ambitious – they say the estimated cost could of the order of the $3 billion (£2.06 billion) needed for HGP–Read. But the paper outlining the idea is a fairly modest,1 even sketchy affair that calls for a ‘consideration of ethical, legal, and societal implications from the start’.

The main challenge, Church and colleagues say, is to reduce the current cost of synthesising and testing very long DNA sequences (0.1 to 100 billion base pairs; the human genome has 3 billion) by a factor of 1000. It has been almost unremarked so far that this is really a question of chemistry. True, it is routine, automated chemistry of a type understood since the 1970s, but in some respects the creation of an entire human genome from scratch would be the most ambitious act of synthetic organic chemistry ever undertaken.

That’s the crux of the matter, because it forces us to confront the profoundly materialistic character of the vision, which harks back to Huxley’s ‘physical basis of life’. If the HGP–Write project is successful (it hopes to launch this year with $100 million support from private, public and philanthropic sources), it could be interpreted as the de novo synthesis of human life.

The meaning of life

That would be a mistake. To invest that much meaning and significance in the genome is a fallacy. Life is a process, not a molecule, and it needs much more than a strand of DNA. It can’t proceed without a genome, but neither can it do so without a host of other non-genetic factors. And while genes direct many of those events, it is probably wrong not just philosophically but technically to ascribe sole causality to the genetic sequence encoded in DNA. One can be perfectly materialistic about all this while admitting that to project the human into the genome is silly: you might as well project it into quarks.

Our dignity is not threatened in the slightest by HGP–Write. The real question is whether it’s worth the effort and cost. Church and colleagues have yet to make that case. They argue that various benefits might stem from writing a human genome, such as improved resistance to viruses, cancer and prion diseases, and production of stem-cell lines for regenerative medicine. These are attractive goals – but it’s not yet clear that this is the best way to achieve them.